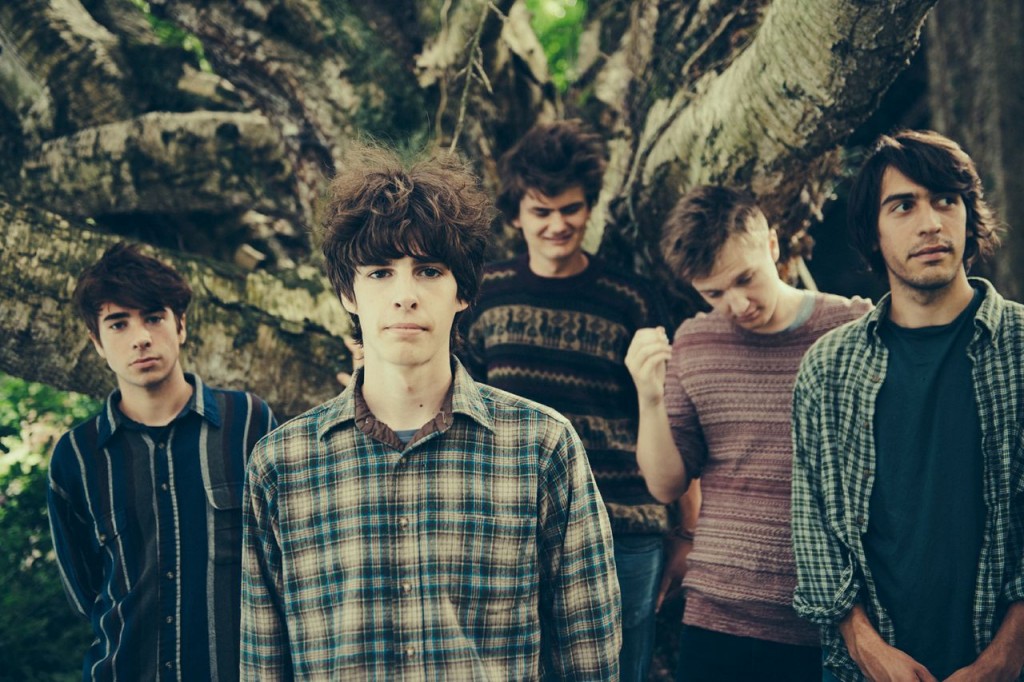 “Coaster is an unapologetic bundle of skuzzy, Ride-referencing pop that builds on their much-blogged earlier material.” NME

FOREST have scheduled the release of a brand new EP titled Caramel Arms for October 14th via Indelabel. Available on a limited edition colour 10”, this thought-filled new release will feature four blissfully arranged, fuzzed-out indie tracks recorded by the band themselves in their home town of Cambridge.

This new record follows the success of their debut Sweetcure EP released back in May this year, blogged by many as one of the best debut releases of 2013. If Sweetcure left you wanting more, Caramel Arms is an aural hug pressed to vinyl to help you deal with your addiction.

Whilst the Sweetcure EP was pretty similar in terms of mood, Caramel Arms “feels less guitar driven and more varied”, says singer/guitarist Henry Barraclough: “It’s less scuzzy but sort of offers more in terms of the overall emotional effect of each song. It has more colours in it.” These colours stretch across all four tracks on this EP in a sequence that we can all relate to with the people that we love and those who we yearn to be with.

The sweet embrace of Caramel Arms tackles rejection and the dejected, juxtaposed with an underlying perseverance at trying to make things work. Opening with the optimistic and fast-driving beats of ‘Coaster’, Forest unleash lively gazoo-like vocal harmonies and thrashing riffs before bending their guitars to the hilt on ’99’, making way for the summer sunburst of ‘Warm Tyres’, written and sung by guitarist Peter Liddard. This emotional journey ends with a melting pot of lo-fi fuzz showing the growing disillusion and frustration on ‘Oh’, the final track from this stunning release that comes snugly wrapped in Barraclough’s personal production values:

“It’s a false idea that every song ‘should’ be crystal clear. That’s just one idea on how to create a mood. I remember George Martin, The Beatles producer saying that you really don’t have to try and replicate the real life sound of what you’re recording; you sort of paint a new image that’s potentially more evocative… in the same way impressionist or abstract art can be more powerful than a perfect piece of fine art that looks just like a photo. I hope the pendulum swings back soon, otherwise everything might become soullessly perfect.”

Caramel Arms is released on October 14th at www.indelabel.co.uk

Look out for Forest on the road at the following UK dates: