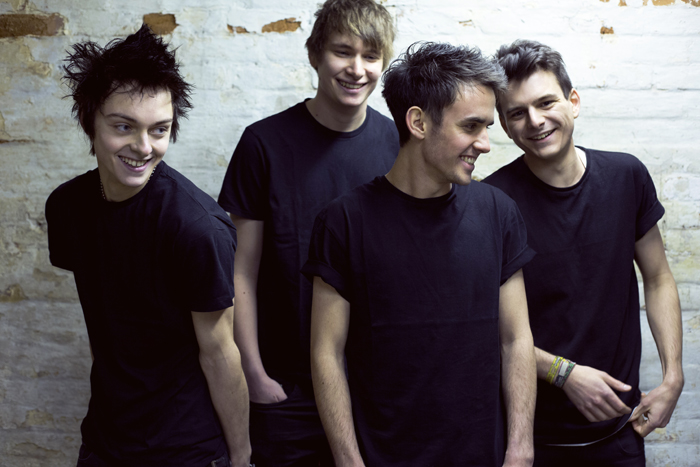 Having already unleashed two music videos and a free download of tracks from their EP ‘Free Marked Kid’, Drones have now released the entire body of work on the world this week. The music video for ‘Graves’ has also just dropped and the band’s headline set at the Garage in London last week was an excellent way to celebrate ‘Free Marked Kid’’s birth.

Drones are a politically-charged punk/hardcore four-piece hailing from Camberley in Surrey. Since the release of their debut album ‘Mutiny’, Drones have been on the road spreading their music and message. The first track to be unveiled from the EP was ‘Empty Words’ which was first released on the free compilation ‘Skatepunk for South Bank’, alongside the likes of Frank Turner, Your Demise and Marmozets.
Fiercely independent, the band have nonetheless been building their own buzz, picking up plays on Kerrang! Radio and BBC Radio (even recording a Maida Vale session for Mike Davies) and appearing in publications such as Rock Sound, Big Cheese, Kerrang! and Punktastic.
UPCOMING LIVE DATES:
25th October – Alton Lounge Bar w/ Random Hand
For fans of – Anti-Flag, Strike Anywhere, Rise Against
Drones are –
DALY GEORGE – VOCALS, GUITAR // ROB KING – GUITAR // JAMES KERR – BASS // MITCHELL THOMAS – DRUMS