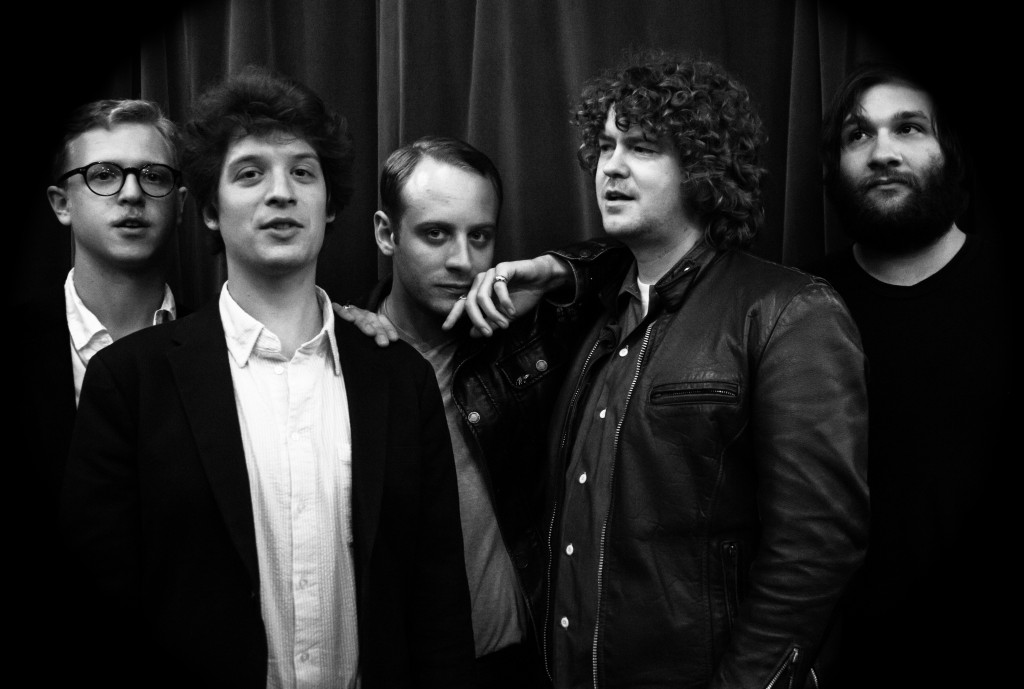 “Deer Tick always seem to have a good time” – Metro

Partisan Records has announced the release of Negativity, the eagerly anticipated new album from Deer Tick, which will be released in the UK on September 30th. To celebrate the release, the band will be playing a UK album launch show at London’s Borderline on Tuesday October 1st. The album will be preceded by the brand new single, and album opener, ‘The Rock’, out August 12.  Listen to the single here:https://soundcloud.com/deertickmusic/the-rock

Negativity was penned over the course of a genuinely eventful 2012, an annus horribilus in which McCauley’s father pleaded guilty to federal charges of conspiracy and tax fraud, ultimately leading to a prison sentence. As if that weren’t enough, McCauley’s wedding engagement collapsed under the weight of his own excessive behaviour and impossible lifestyle. Like any true artist, McCauley channeled his anger, sadness, and regret into his work, resulting in what can be safely declared his finest collection of songs to date, impassioned and interior and increasingly mature, both as expression of emotion as well as pure unadulterated songcraft.

Deer Tick – sounding as sure-footed as one would expect from a band known for spending a couple of hundred nights each year on stage – more than match the strength of the material by taking a more detailed approach than on some of the breakneck recordings of their past. From the sparkling baroque pop of “The Dream’s In The Ditch” to the full-blown Memphis showstopper, “Trash,” Negativity sees the Tick bridging boozy punk, AM gold, bar band blues, country soul, and whatever else catches their fancy into their own profoundly American rock ‘n’ roll.

While Deer Tick have been rightfully hailed for their raucous rave-ups and substance-fuelled fervour, Negativity places considerable focus on the band’s nuanced and tender side, with notable highlights including the wrenching breakup ballad, “Hey Doll,” and “In Our Time,” a timeless country tearjerker featuring duet vocals from McCauley’s good friend, singer/songwriter Vanessa Carlton. At once heartbreaking, fist-pumping, and indeed, life-affirming, Negativity stands as a genuine high water mark for Deer Tick – a defining collection from a band driven by an undying faith in rock ‘n’ roll’s evergreen power of redemption and transcendence.