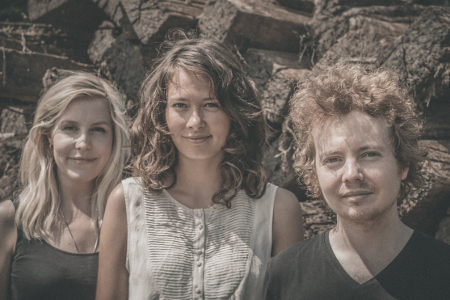 “Spine-tingling stuff” – The Line Of Best Fit
“Dreamy and so refreshing” – Notion
“… a glazed, shoe-y cut of dream-pop” The Quietus
“Undeniably powerful” – The 405
“…one of the year’s most alluring and immersive releases” – Goldflakepaint

Danish dreampop act Tusindfald have unveiled their video for the stunning track ‘Kys’, taken from the debut EP of the same name. The video, filmed and directed by the band themselves, provides the perfect backdrop for the soaring, glacial track. The video features the beautiful footage filmed in Haderslev, colliding with a performance from the band.

Despite being the first release from the young band, Tusindfald’s Kys EP is a remarkably assured body of work, treading the line between intoxicating shoegaze and spacious dreampop. Released through Indelabel (Forest, Sennen, The Indicators), a three track version of the EP is already available through iTunes and a blue 10” vinyl featuring an exclusive fourth track will be available 23rd September. Pre-order the vinyl here.

The three-track digital version of the EP is available to stream on Soundcloud.