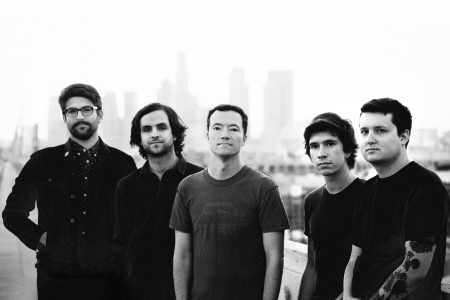 California’s Touché Amoré have unveiled a blistering live video of brand new track ‘DNA’, taken from the forthcoming album Is Survived By, released September 23rd through Deathwish Inc (Deafheaven, Ceremony, Converge). The band recently showcased the new album to a small number of fans in La Puente, California, where the new live video was filmed.

Is Survived By was produced by Brad Wood (Sunny Day Real Estate, Smashing Pumpkins, mewithoutYou) and highlights a marked progression in Touché Amoré’s songwriting, whilst maintaining the ferocity and integrity for which the band are known.

Touché Amoré’s 2011 album Parting The Sea Between Brightness and Me earned the band worldwide acclaim, while their incendiary live show has also sparked fervent praise.

Is Survived By Track Listing: