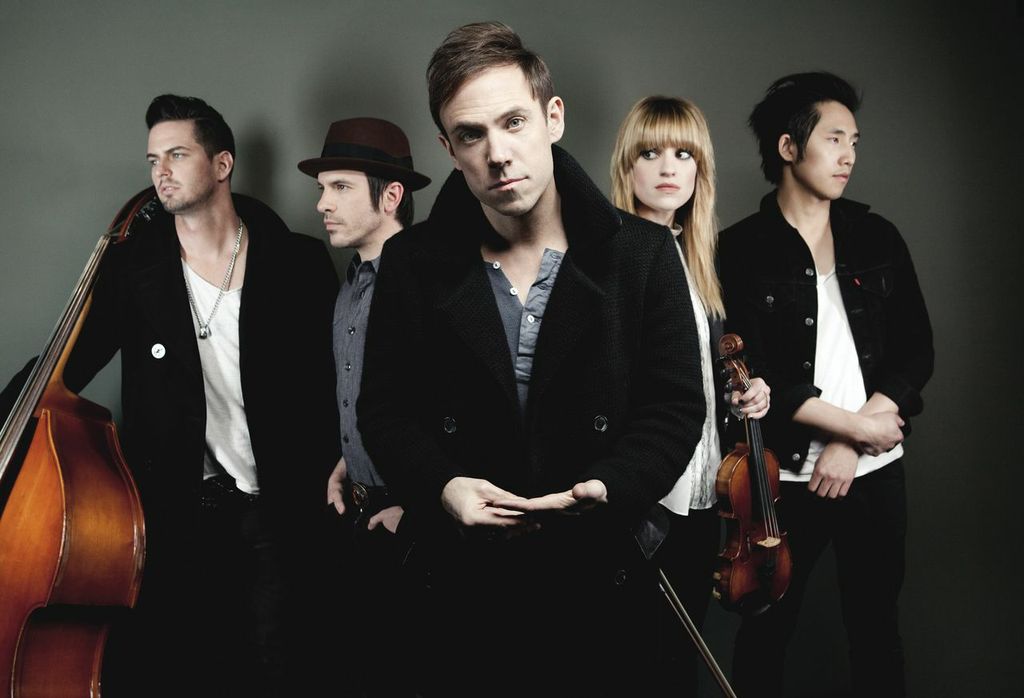 California quintet The Airborne Toxic Event are to release their new album Such Hot Blood In the UK on October 7.  The album – the band’s third – will be released on their own label through Membran Distribution, following a bitter dispute with their former UK label, which led to the band paying to be released from their recording contract.  Relieved to be rid of what frontman Mikel Jollett describes as the “archaic structure of a world wide major label system’, The Airborne Toxic Event will play a series of headline shows, culminating at London’s Shepherds Bush Empire on Monday, October 7.  ‘Timeless’, taken from Such Hot Blood, will be released on the same day.

Such Hot Blood was conceived in Nashville’s infamous Blackbird Studios with “mentor and friend” Jacquire King, the three-time Grammy Award-winning producer, engineer, and songwriter/musician whose credits range from Kings of Leon, Of Monsters and Men, and Cold War Kids, to Buddy Guy and Tom Waits. The resulting album, which was released in America in April, reached No.1 in the US Alternative Chart on iTunes.

The album is the follow-up to 2011’s All At Once released through Island/Universal and TATE’s self-titled indie debut on Shout!, Factory’s Majordomo imprint, which was released in 2008.  It was whilst promoting All At Once in the UK that label problems first emerged, “Our first album was released ourselves in the UK before a major label picked it up.  We had more success doing it ourselves,” says frontman Mikel Jollett.  “While our second album was having great success in the States, our new Major Label partner in the UK wouldn’t even try to work our US hit song “Changing.”  The major label system is broken world wide for artists who are not massive pop stars.  Small staffs that are overworked and understaffed inherit too many artists from other countries.  You see it going the other way with bigger UK bands getting inherited into major US labels.  We’d rather do it ourselves and control our own destiny. Ultimately, we paid out of our own pockets to get out of the deal.”

TATE’s forthcoming UK dates will coincide with their 900th show.  They are the only modern music act to play at the esteemed Walt Disney Concert Hall in Los Angeles during its 2009 fall season.  The result was the concert-documentary film All I Ever Wanted (2010), chosen as an official selection to the Raindance Film Festival. The band has also performed with the Colorado Symphony, the Louisville Orchestra, and frequent collaborators the Calder String Quartet.