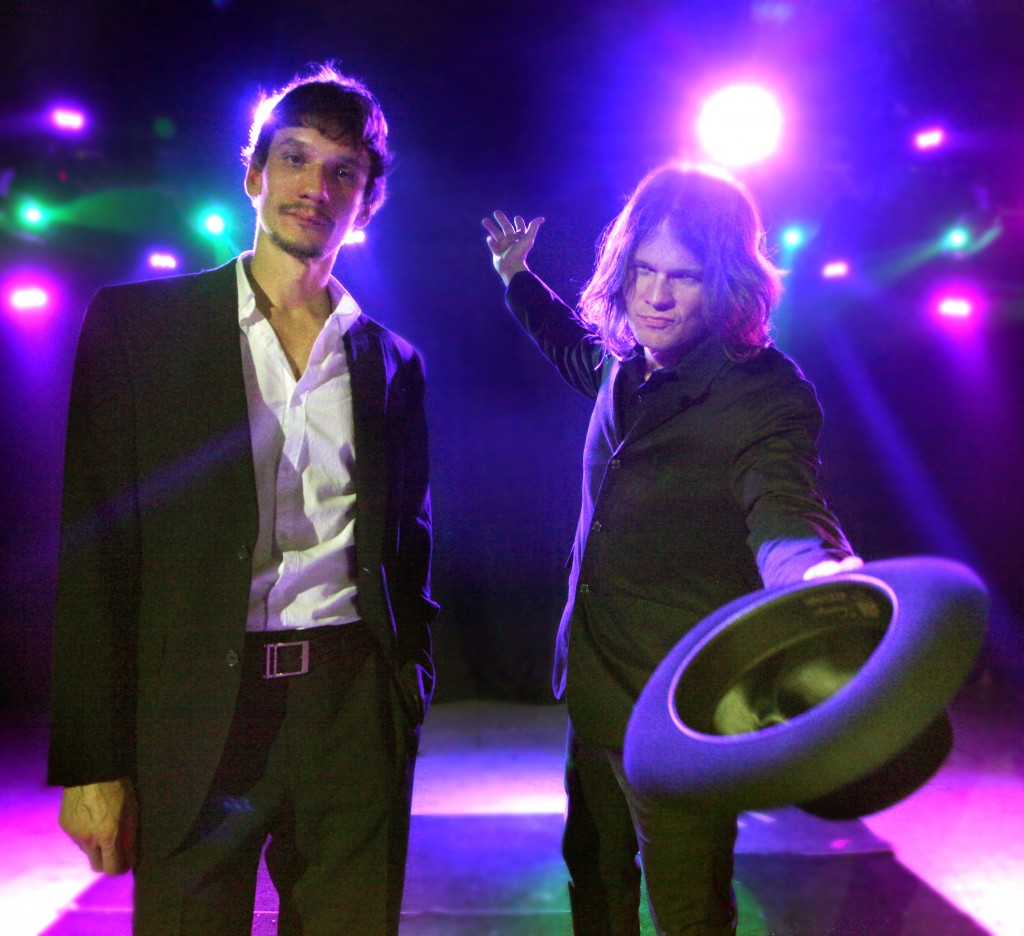 North Mississippi Allstars have announced the UK release of their new career-defining record, World Boogie Is Coming, on October 21 through Songs Of The South/Thirty Tigers.  This is the seventh studio record for the band recently crowned “Americana music luminaries” by National Public Radio in the US, and will be supported by a series of UK headline shows, including London’s 100 Club on Wednesday, October 23.

Produced by the band themselves at their own Zebra Ranch Studios in Hernando, MS and Memphis’ legendary Royal Studios with Robert Plant (and his harmonica), the Dickinson Brothers recorded World Boogie Is Coming with the help of long-time friends, including Duwayne and Garry Burnside, Kenny Brown, Alvin Youngblood and Sharde Thomas (Otha Turner’s granddaughter).

Luther Dickinson says, “It all started when Seasick Steve told me: ‘You are the one, you are the link, you have to keep it primitive and take it to the people.’” He continues, “I feel like I owe it to the elders who taught me the traditional music in which I operate to let the music evolve and allow outside modern influences into the tradition to keep it alive and healthy. I realized that I had not been holding up my end of the deal. Since I am virtually devoid of modern influences, I turned to my brother Cody, who is my opposite in taste and style and loves modern music and production. Allowing Cody to produce the tracking sessions allowed me to sing and play wild and with abandon. Our contrasting styles are the heart of NMA.”

World Boogie Is Coming is the record that perfectly ties it all together, fusing all the elements that have made the Allstars special while pushing the band’s sound further into the future than ever before. It also firmly establishes a new multi-media direction.  Says Luther, “This is not just a record but an on-going film project. It is a soundtrack to Cody’s films. He set out to use our landscape of modern day Mississippi and roadwork experiences to share with the audience a vision, a dreamscape of our world. We wanted the World Boogie Is Coming package to have as much visual content as possible.”

This record represents two years of our collective lives,” says Cody. “We set out to make a definitive and decisive record. It turned into the experience of a lifetime; our magnum opus. The album’s title was my father’s favourite valediction,” he continues. “Naming this record after his closing phrase seemed like a great way to honour him and his memory. World boogie is coming is also a rallying cry. And the cry is this: It’s time to boogie!”