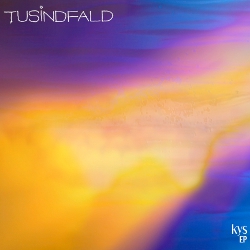 ndelabel, the recently formed label that brought you Sennen and The Indicators, are proud to introduce this stirring and emotive record from across the cold waters of the North Sea.

Tusindfald (/tu:sɪnfæl/) formed around the extraordinary talents of young Danish producer, player and engineer Jesper Lundager. Still a student at Sonic College, Haderslev he describes the band’s songs as both near and distant and has created a record of extraordinary sentiment, unapologetically pulling at the hearts at anyone who comes across it.

The Kys EP is available as a three track download now from iTunes. A coloured 10” vinyl is available from 23rd September and features an exclusive song.
1. Kys // 2. Solstrejf // 3. Under Overfladen // 4. …efterlader Spor i Luften (vinyl only)