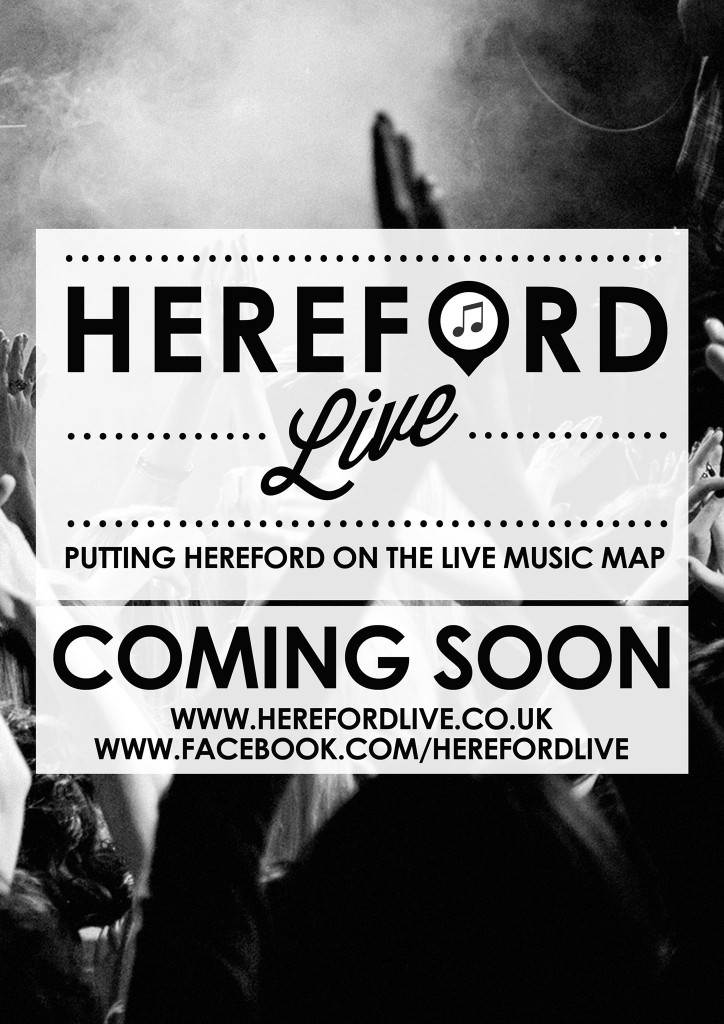 A new community group in Herefordshire is aiming to put Hereford on the live music map, starting with a launch night at The Jailhouse on Wednesday 25th September at 7pm.

Hereford Live aims to publicise the best in live music events across the county, and ensure that live music events are well-attended by a community of music lovers who often comment that they’d like to see more live music in the county. It is hoped that with a dedicated community group to support the live music scene it will continue to grow, with a vision to seeing large venues playing host to artists from all over the UK and beyond.

The launch night will see main room performances from Red Room Therapy, Screwfaze and Line Runners, with more to be announced. The beer garden will be home to a more mellow tone with acoustic and blues artists performing, including Jennifer Booton, who recently performed at Nozstock, and Arthur Mills and the Black Eyed Fridays.

The Hereford Live group have been meeting regularly, dicussing ideas and planning strategies to revive live music in the county. The group is formed of bands, venue owners, promoters and music fans who would love to see a return to Hereford playing hosts to touring household names.

The launch night promises to be just the beginning of Hereford Live, with October listings being finalised for venues across the county and fliers to be handed out at the launch and host venues. “Hereford Live is ensuring that venues can join us free of charge, with no catches; we’ll help to publicise their events and work with them to put on more in the future.” said Anthony.

More acts for the free Hereford Live launch night are to be announced. Entry is strictly 18+ and ID may be required. To find out more, or to get involved, visit herefordlive.co.uk or like the Facebook page: facebook.com/HerefordLive.