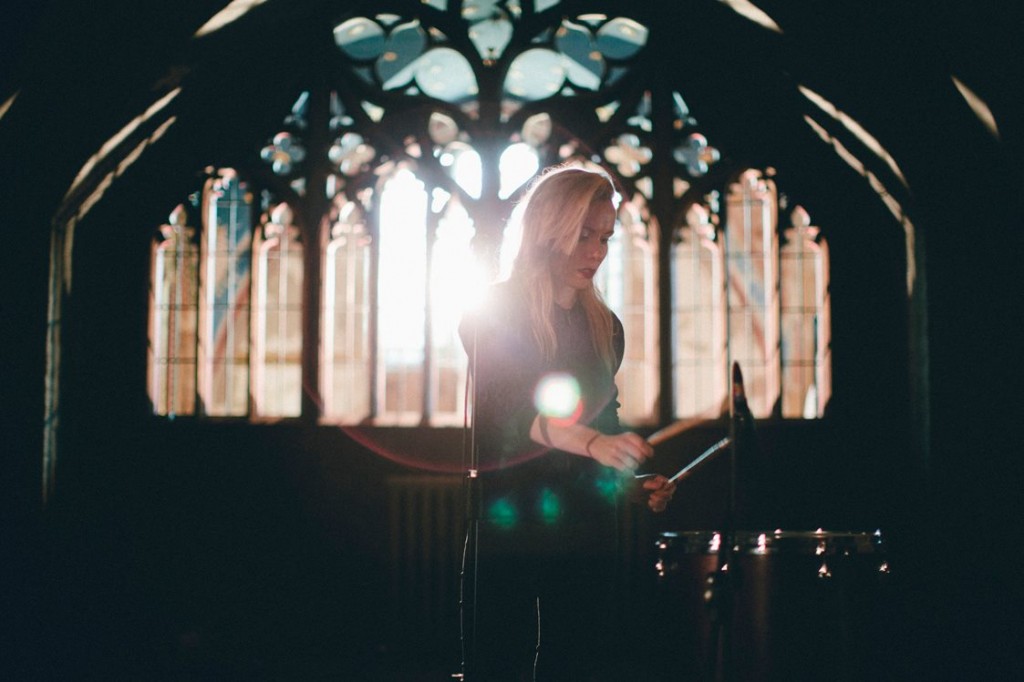 London based electronic gloom-pop duo Death Rattle will release a trio of stunning live performance videos, filmed within the stark and atmospheric confinements of an underground crypt. The videos will be unleashed every Monday, starting from the 12th, during the month of August, with the final video going out online on 26th August.

The live sessions feature three tracks from their 2013 Fortress EP – ‘White Ropes’, ‘In Time’ and ‘Fortress’ and offer the very first insight into how the band perform their alluringly dark and mesmerising tracks as a live band.