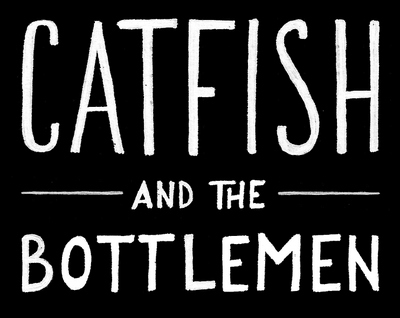 Catfish and The Bottlemen have just premiered their new single ‘Rango’ (out on Communion Records, Sep 16), which was Zane Lowe’s Hottest Record in The World on Radio 1 earlier this week..

4 piece rock band Catfish And The Bottlemen will release their new single ‘Rango’ through Communion Records on September 16, 2013. The ATC-managed band have been asked to play the BBC Introducing Stage (previously selected artists include Daughter and Rizzle Kicks) at this year’s Reading and Leeds Festival, on August 24 and 25 respectively, and will follow this up with nationwide tour dates throughout September and October.

‘Rango’ is the follow up to Catfish and The Bottlemen’s debut single ‘Homesick’, released through Communion Records in June to radio support from Radio 1 (Zane Lowe ‘Next Hype’, Huw Stephens, Phil & Alice), 6Music (Steve Lamacq, Lauren Laverne) and a playlist from XFM, whose John Kennedy described the band as “stadium ready”. ‘Rango’ has already started out of the blocks as Zane Lowe’s Hottest Record in the World this week. Written by frontman Van McCann about the band’s struggles to escape from the humdrum of life in their hometown of Llandudno, North Wales, ‘Rango’ is possessed of a suitably ragged urgency, all arcing guitars and the shredded vocals of McCann. Speaking about the track he says, “I wrote ‘Rango’ about my first real girlfriend just after we split up, in some attempt to win her back I guess. It’s just about how our shitty small town wore us out together a bit. Everyone knowing our business, and wanting to be involved in it a bit more than we did.”

Catfish And The Bottlemen signed to Communion Records (Ben Howard, Michael Kiwanuka, Deap Vally, Half Moon Run) this Spring, following a furious 18 month period which saw them play over 150 live shows in the UK and abroad to hone their incredibly tight live set, which invariably sees frontman Van McCann climbing the walls and playing guitar as though his life depended on it, whilst fans crowd surf and sing every word. Having played club nights for Carl Barat & 6Music’s Chris Hawkins, and persuaded the likes of The Vaccines to attend their gigs, the band then went into the legendary Rockfield Studios in Wales with Communion co-founder Ian Grimble (British Sea Power, Daughter) to record their debut material.