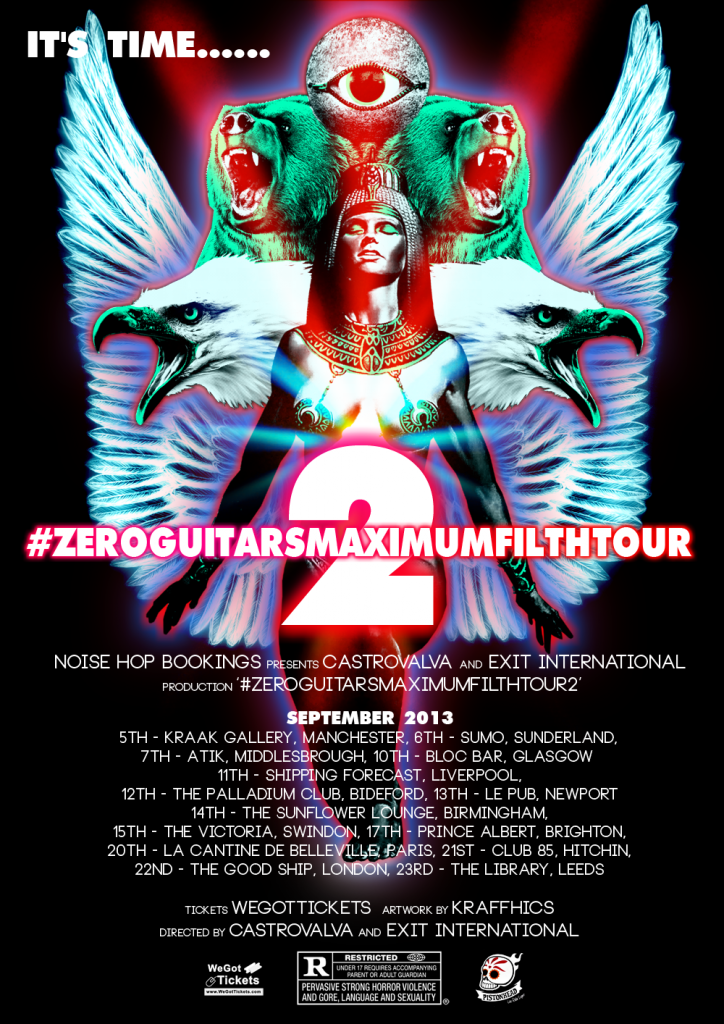 In October 2012 Castrovalva returned with their new album ‘You’re not in Hell, You’re in Purgatory My Friend’ released through the recently closed Leeds label Brew (Nine Black Alps, Kong, Blacklisters, Humanfly). As with everything associated with this band the only thing you could ever expect was the unexpected.

This time the flirtations with hip-hop were gone and replaced with ideas and themes focused on things closer to home where the subjects of friends, family, fatherhood and broken relationships are all explored. But while lyrically at times this was a far more serious record the fun and excitement was still very much there with blaring synths very much at the forefront alongside those crushing but addictive bass-lines. So much so Kerrang claimed the band sounded ‘madder than a badger on stilts’ and awarded the album 4Ks while Rock Sound hailed them as ‘gloriously inventive, musically accomplished and truly unique’.

To support the release the band hit the road with label mates Nine Black Alps playing to sellout crowds in London and Manchester. In December Castrovalva rode out again, this time with brothers in noise Exit International on the ‘Zero Guitars Maximum Filth Tour’. They enjoyed it so much that they’ve decided to do it all over again with September’s ‘Zero Guitars Maximum Filth Tour 2’.

Listen to Castrovalva’s release ‘You’re Not in Hell, You’re in Purgatory My Friend’ streaming here-