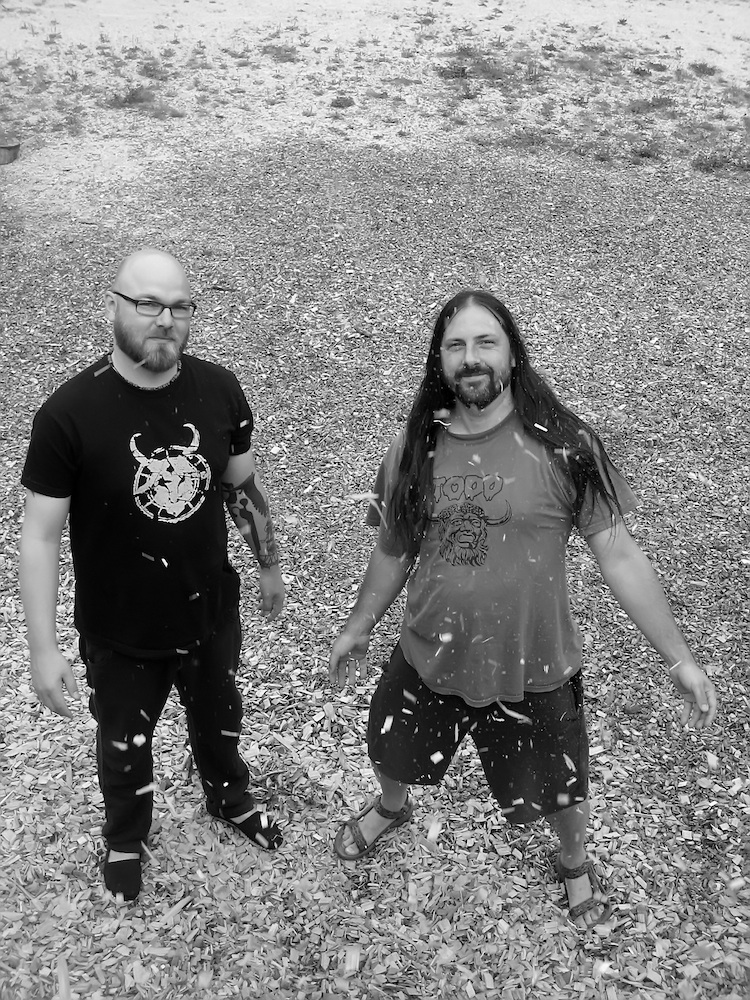 Beehoover are back, breaking a three year studio silence with an outrageous deluge of din in the form of new album The Devil And His Footmen, due for a 30 September release on Exile On Mainstream.
The multi-faceted clawing at the stoner doom mantle which defined their 2010 full length, Concrete Catalyst, has been taken to pastures fresh; self-recorded behind the locked doors of their rehearsal room, Beehoover’s latest is a swirl of raw, sultry tones and rumbling octaves that strike chords with braggadocio 70’s hard rock as much as it does the thunderous rumble of Black Cobra and the jutting angles of Unsane. Beehoover are at their most rocking here, tangling the long hair of the headbangers with all the genres of beard in one matted toupee of oddball rhythms and histrionic vocals.

http://tinyurl.com/beehoover
Formed in 2003, the German duo known as Beehoover have released three albums to date, capitalising on their distinctive drum and bass concoction. The Devil And His Mainstream will be the fourth album by Beehoover released on Exile On Mainstream, and will be available as CD, LP and digital.
The Devil And His Footmen buzzes with eccentric electric – grit your teeth and enjoy the sting.
TRACK LISTING:
1. Monolith
2. Egoknights And Firearks
3. Rooftop
4. Interlude#1
5. Boy Vs. Tree
6. Interlude#2
7. Morning Sun
8. Interlude#3
9. Dear Mammoth
10. My Mixtapes Suck Big Time
11. Honeyhole
Please do not hesitate to get in touch to request your promo copy of this album, and more audible treats will follow in the coming weeks.
“A veritable scheiße-sturm … the Fatherland has sired some mighty and malevolent rock bastards among all the post-industrial slop.” – ROCKSOUND
“Beehoover constantly push against the limitations of their setup designing riff after elemental riff of stoner rock, embellished with baroque
curlicues…this is their strongest to date, dragging in boogie, doom and – ye gods – folk!” – METAL HAMMER
“Everybody else can pretty much f*ck off … Beehoover are one of the purist bands around … We need more bands like Beehoover in the world.” – SKULL N BONES
“A record that Mr Bungle is bound to have on his ipod.” – TERRORIZER
“Concrete Catalyst is one of those truly rare things: a record that you expect little, if anything of, yet the vision, execution and – importantly – the sheer heaviness of which completely f*cking blows you away.” – THE QUIETUS
“Huge, inventive and ever-changing, things clink and clank together like the giant cogs driving forward some gargantuan war machine.” – ROCK A ROLLA
“These riffs could cause total enlightenment or they could melt your face off like the Nazi in Indiana Jones. This is metal not to be trifled with … Simply, earth-shatteringly awesome.” – SUBBA CULTCHA