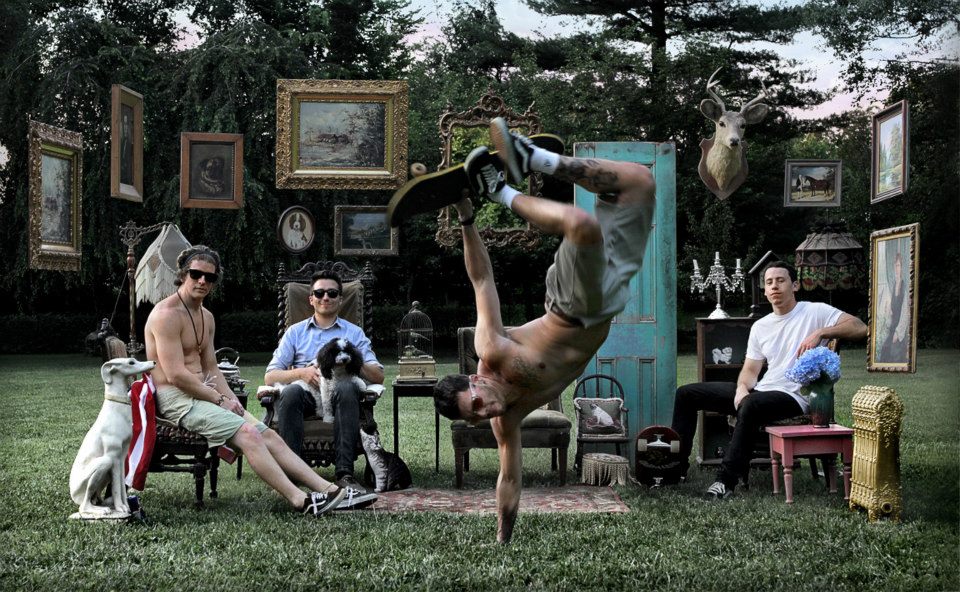 Topshelf Records and Baltimore, MD Alternative rock quartet, Diamond Youth are inviting fans to Paint The Town Orange with a new sticker campaign in which one lucky fan will win a test pressing of the band’s critically lauded Orange EP, which was released earlier this year.

Fans can sign up to have stickers sent to their home at: http://www.topshelfrecords.com/orange. Once they receive the stickers they just need to slap them on anything, take a photo and post the pics on Instagram with the tags @DmndYouth, @TopshelfRecords amd #PainttheTownOrange by July 30th. The most creative photo will win!

For all the details visit: www.topshelfrecords.com/orange.

Orange, was recorded by Brian Mcternan (Circa Survive, Hot Water Music, The Movielife) in his Baltimore-based studio, Salad Days, and is the follow up to the band’s well-received official debut, Don’t Lose Your Cool, recorded by Paul Leavitt (Circa Survive, All Time Low).

Diamond Youth recently wrapped up a tour with Make Do and Mend and Cheap Girls and will be playing a series of shows in July and August. See dates below.