Band Announces October 8th North American Release Date for New Full-Length There Used To Be A Place For Us (CD/LP/Digital),

Premiering Lyric Video For New Track (“Lessons”) Off The Album; 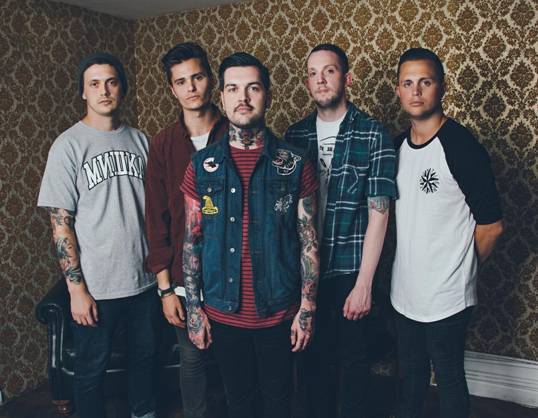 Welsh pop punks Save Your Breath, will release their new album, ‘There Used to Be a Place For Us’ in the US on 8th October. Produced by up-and-coming Welsh producer, Gethin Pearson, and mixed by Stuart Richardson, the record represents the first international release by Los Angeles-based label, Animal Style Records.

Initially introduced to U.S. audiences via their first proper release – the ‘Nothing Worth Having Comes Easy’ EP – which was released in America via Billie Joe Armstrong’s Adeline label, the band followed that up with their 2011 full-length, ‘Vices”.

Save Your Breath will kick off their fall UK tour supporting The Story So Far and Seahaven, with a headline album release show in Cardiff on October 7.

Pre-order and pressing info for ‘There Used to Be a Place For Us’ will be announced soon.

‘There Used to Be a Place For Us’ Cover Art: 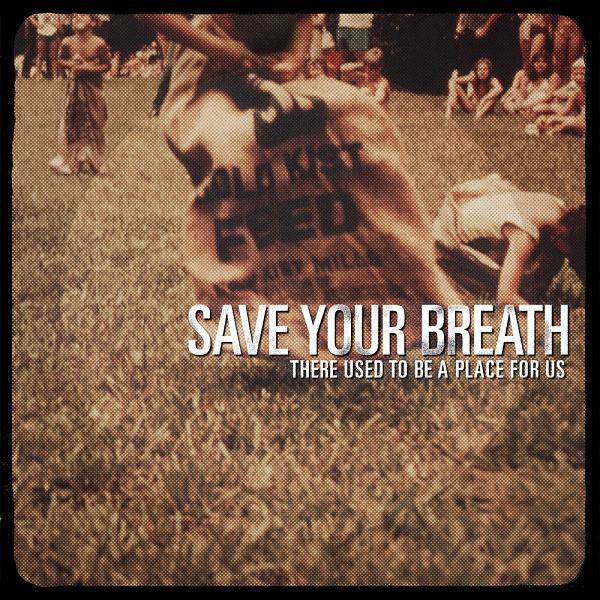 About Save Your Breath:

Considering how brash and outgoing musicians tend to be, getting them to talk about themselves is surprisingly tricky. Oftentimes you’ll find they’ve been so caught up in the drudgery of getting their music noticed, that they’ve lost sight of what got them to where they are in the first place. “These days, everybody is in a band,” sighs Save Your Breath guitarist, Tom. “Every aspect of it is so readily available. There’s definitely a fear of getting lost. We want to be a band that people can continue to care about and relate to.”

The origins of Save Your Breath are easy enough to relate to – where the band members grew up in Wales, there wasn’t very much to do, and so people with artistic passions and ambitions were naturally drawn to the local music scene. “I’d like to say that something badass happened by my family home. Like Tom Jones hosted a 45-girl drug-fueled orgy. But, alas,” Tom muses. “We’d all just go watch hardcore bands together and hang out at bars or each others’ houses after. We focused our energy on writing and playing music, which gave us something positive to do with our time.” Ben adds, “A lot of people we know haven’t been as fortunate. It’s a lot easier than you think to get caught up in the wrong things when you come from a small town, and we’ve seen plenty of instances of people ending up on roads they never intended to go down.”

Taking cues and inspiration from their surroundings – whether it be friends or family passing, drug addiction, or simply the challenges of helping people through tough times – Save Your Breath began to craft the songs that would inevitably carry them away from their homes and onto stages across the world. Outreach through music makes sense. When not working on the band, Kris has a successful tattoo business. Ben is a graphic designer. Tom, a freelance artist, has built props for film and even helped design windows for Hamley’s. Dave works with other touring bands, and Owen volunteers with juvenile delinquents. It’s a perfect amalgam of wanting their creativity on display and a desire to help others.

“There’s a song on our last record called ‘Nothing Worth Having Comes Easy’,” Tom says. “That’s a saying we all live by and defines us a band.” Save Your Breath has certainly never taken the easy road. “We’ve always done things ourselves,” Ben explains. “Booking shows, funding the releases, even managing the webstore and sending out mail-orders. After our debut album ‘Vices’ came out in 2011, we had some great press, even greater touring opportunities and yet we had no one looking after us or looking ahead. Then two bandmembers left and we found ourselves in a position of having to re-establish our profile without the benefit of a ‘new buzz band’ tag.”

Save Your Breath’s first release was a four-track demo recorded locally with friends and released on tape. This led to a split-release with the American band, fireworks, which was released in the UK on Zone6 Records. The band’s first proper release – the ‘Nothing Worth Having Comes Easy’ EP – was released in America via Billie Joe Armstrong’s Adeline label, and in Japan through In-N-Out Records. Full-length ‘Vices’ came out in the UK on Purgatory Records and again in Japan through In-N-Out. All physical copies of ‘Vices’ were sold out (though it’s still available for download on iTunes). “Every release is like a step forward from the last one,” says Ben. “In life, we do something – normally wrong – then the next time, we do it a little better. The way we’ve written, recorded and released has kind of evolved the same way. We learn something each time.”

The natural progressions Save Your Breath makes as a band are treated as accomplishments. From playing a show at their favorite local, Le Pub, to hearing their songs on Radio One, they know not to take anything for granted. They also refuse to place limitations on where they can go and what crowds they will play to. “If there’s a niche market of music-loving cricket fans that haven’t been rocked yet, we’ll find them,” Tom promises.

SAVE YOUR BREATH is:

The World Is A Beautiful Place and I am No Longer Afraid To Die Announce Canadian Tour with The Front Bottoms + Late Summer Dates with Pity Sex, Dads, Modern Baseball, Toe‏