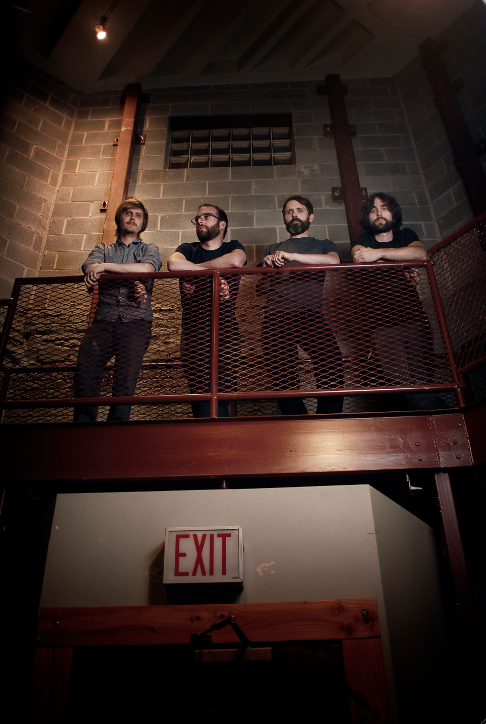 PELICAN ANNOUNCE FIRST NEW ALBUM IN FOUR YEARS;
FOREVER BECOMING DUE THIS OCTOBER VIA SOUTHERN LORD
HEAR NEW ALBUM TRACK “IMMUTABLE DUSK” HERE: [http://pitchfork.com/reviews/tracks/15718-immutable-dusk/]
Pelican, the Chicago-based quartet whose instrumental excursions to the confluence of caustic heaviness and cathartic melody pioneered a subgenre, have announced their first full album in four years, Forever Becoming, due October 14th in the UK/EU on forward-thinking metal imprint Southern Lord.
Recorded at Electrical Audio with Chris Common (who engineered the group’s last album as well as albums by Chelsea Wolfe and These Arms Are Snakes), Forever Becoming is an immense, speaker-rattling meditation on the acceptance of mortality and its place in the eternal cycle. Composed of eight songs (full tracklist below), the album boasts a sonic palette that veers from pummeling metal, to contemplative ambience, to melodic catharsis all with landmark grace.Following a hiatus that saw the departure of founding guitarist Laurent Schroeder-Lebec and the arrival of new second guitarist Dallas Thomas (also of The Swan King), the forthcoming album is the work of a wholly revitalised unit, sounding more focused and assured than ever. The current lineup’s undeniable chemistry was forged in front of crowds at festival appearances, including Bonnaroo, Roadburn, and Maryland Death Fest, as well as a handful of headlining club shows. Pelican return to the road in support of the new album with a host of European dates kicking off this week. Then this Autumn they shall continue their touring activities with reigning post-hardcore stalwarts Coliseum, focusing on the East Coast (the band’s first tour of the area since 2009), in addition to a coveted slot at this year’s Fun Fun Fun Fest.
Pelican will be available throughout the tour for face to face interviews in support of this new album, and will be available over email and phone when the dates come to an end. Please register your interest with me as soon as possible and ill gladly arrange.

“Combines all the elements that have made each of their records great into one cohesive, immensely rich whole that’s a good bet for best Pelican album ever.” – ROCK A ROLLA

“Returning to their roots…in a move that’s as inspired as it is unexpecte, the soulful tones…hazy space-rock back-drop, building up to a glorious, stratosphere-scraping climax. Best Pelican album ever.” – ROCKSOUND

“A grandiose, imaginative affair from the instrumentalists that will leave your speakers a quivering wreck by the time it reaches its epic conclusion.” – METAL HAMMER

“Pelican continue down their glorious path of mashing thick grooves with multi-layered riffs…Eight tracks of amazing, spaced-out and very smart post-rock. Now go purchase this and add it to your collection!.” – ZERO TOLERANCE

“Intricate and devastatingly heavy in equal measure, the new songs underline that they’re still on a roll creatively.” – TERRORIZER
“An effective showcase for a variety of moods and textures. These four pieces make a case for Pelican’s future being far brighter than expected.” – KERRANG!“It signals the sound of a band reinvigorated and ready to experiment with strong melodies and even stronger song personalities. Ataraxia/Taraxis reinstates Pelican at the top of the instrumental food chain and, if they continue like this, they show no sign of coming down.” – DROWNED IN SOUND

“While this superb fourth album retains much of what has made Pelican consistently ace…there’s enough new to ensure their continued relevance as they approach a decade of sonic dominance…It rocks. Hard.” – NME