“If you’ve been searching for a summer anthem to accompany all the lasting memories you’ll make over the next few months, look no further than “We’re The Kids” by Parade of Lights.”- The Kollection

Parade of Lights have just unveiled a new single which is streaming below. The band are also opening up for Fitz & The Tantrums on July 27 at LA’s The Wiltern.

Check out the killer new single “We’re The Kids” from LA’s Parade of Lights:

What others are saying about “WE’RE THE KIDS” the new single by PARADE OF LIGHTS:

“Their new single “We’re the Kids” shows…they hold their own with any of the kids.” – Buzzbands LA

“Colossus sounding chorus…makes the track contagious. We are in need of something fresh, and Parade of Lights provide that.” – In the Junk Yard Music

“Their new track “We’re The Kids” is one of those songs you put on your summer playlist and listen to continuously.” – Fist in the Air

“This track seems to be one of the next songs to really be a hit with anybody who was a fan of Fun. or MGMT. They’ve essentially crafted one of the better Pop songs infused with a ton of awesome electronic elements and a catchy chorus that you can totally see a crowd of people singing every word to.” – Top Of the Roof

“If you’ve been searching for a summer anthem to accompany all the lasting memories you’ll make over the next few months, look no further than “We’re The Kids” by Parade of Lights.” – The Kollection

“Parade of Lights have a new fun single to get you through the week. “We’re The Kids” has a very catchy and powerful chorus that you will find yourself singing along with in no time. Throw this track on repeat while driving to the beach this weekend.” – From the Beard

About Parade Of Lights:

Parade of Lights are an alt-electro band based in Los Angeles. Comprised of Ryan Daly, Anthony Improgo, and Mariana Machain, the group combines equal parts rock, new wave, and shoegaze to create a unique blend of 80’s influenced pop drawing on inspiration from artists like U2, Depeche Mode, M83, and even Madonna.

Shortly after meeting in LA in 2006, they formed the band Polus. After releasing a four-song EP entitled “Wish” and garnering a significant buzz locally, Polus was put on hiatus due to considerable demand for both Daly and Improgo as touring musicians. Even with their rigorous touring schedules, the two managed to keep their friendship intact and exchanged song ideas via email until 2010 when they decided to officially reunite as Parade of Lights. They spent that year and 2011 releasing new music and playing shows in Southern California, Utah and Nevada, opening for artists like Imagine Dragons, The Neighbourhood, Shiny Toy Guns, Light FM, Rooney, Stamps, and Ringside among others.

Recent music film and TV placements have gained the band considerable attention from music and TV insiders, not to mention a legitimate core group of dedicated fans. The exposure along with POL’s hook-laden songs and entertaining live show, led to a publishing deal December 2011 with Imagem Music.

The band’s latest effort, an EP entitled “Born To Live, Born To Love”, was released in the fall of 2012. 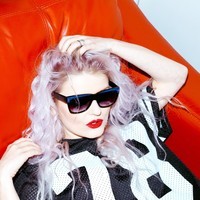