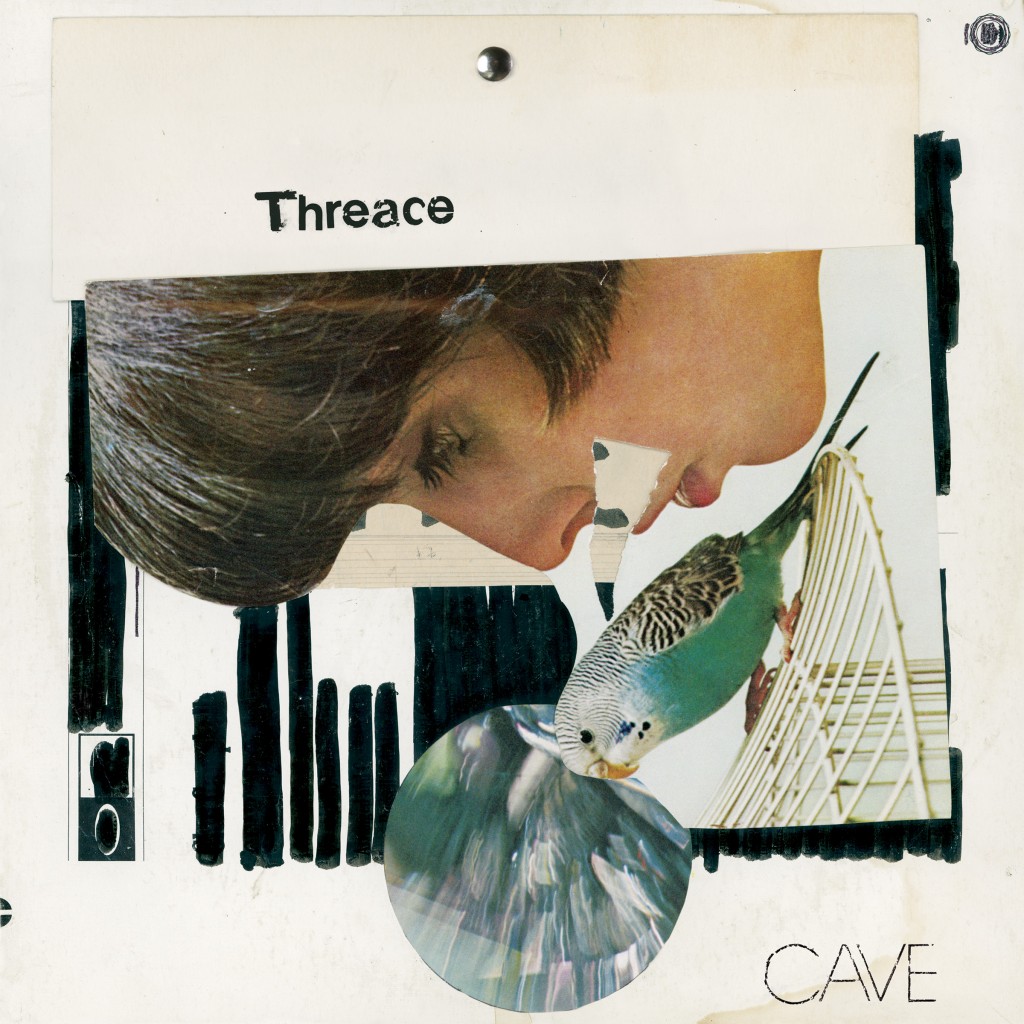 CAVE FOLLOW UP NEVERENDLESS WITH A BRAND NEW LP ENTITLED THREACE ON DRAG CITY
CAVE return with a brand new album this October 14, entitled Threace which Drag City shall release, following Neverendless. Amongst the mystery and musical maybes comes the solid proof of artwork, shown above.
Threace is a real “back to the lab” kind of album for CAVE. They have spent more time on these new sounds than they had before – which is saying a lot! All CAVE music grabs at your ears and the soft tissue within, and yet this time, it’s just so much more crystalline, bottom-booting and all-consuming than ever before. Recorded on a 1″ 8-track Studer machine that may or may not have spent some quality burn-in time at Muscle Shoals, Threace was half-planned and half-jammed using different mic placements, building up from a basic set of as few mics as possible. Then, they got out the razor blade and…well, this isn’t the Rolling Stones! They used it to cut tape (and realities) together into a metro-musical albumen that’s only started to flower in this world.
Threace comes on guitar up and jelly tight, saving the keys for colour commentary among the beats. Jeremy and Cooper explore their six-string relationship, finding shared space, ducking, parrying, working the edges, and finally, twinning to awesome effect. Meanwhile, there’s a fleeting blast of sax and flute textures in here that create new soul-jazz sensations. Last and most, Dan and Rex bring the heavy with the thickness while moving the rhythm with exceptionally light feet, playing colouristically while always driving, driving, ever driving, bearing the load and raising the arch under which everything happens in CAVE.
CAVE are known and loved for playing with rolling funk minimalism; Threace finds them inhabiting their cut-up aesthetic with tremendous ease and fewer reference points than before, accessing new depths of meditative stasis, and then torpedoing the dream on a dime to ride the riffs again. It’s no wonder that they spent such quality time on the sounds, because the writing seems to have assumed the nature of a second skin. From exotica to erotica to rock ‘n yuh, the songs are lived in, with their own logic and muscle memory, and now the music plays the band. On Threace, CAVE have gained access to their unconscious mind, and we hope they never find their way out again.
Even though it’s in the can and on the assembly line, Threace is still a work in progress. There’s more in store for CAVE and these songs. This is hopefully good news for your listening ears.