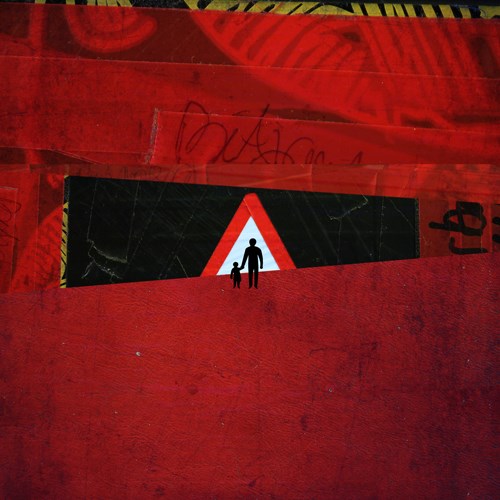 ‘Uh Oh’ is the debut single from experimental rockers Kitten Pyramid. It also is the first offering from their album, also called ‘Uh Oh’, recorded at legendary Rockfield Studios (home of Queen, Oasis, Coldplay and the Stone Roses etc) with their producer Nick Brine who has also worked with all of the aforementioned artists.

Comparisons and influences lean towards Exit Music, Bowie, Queen, Talk Talk, Zappa, Swans, and perhaps many other iconic cult figures who in the past have created outstanding bodies of work. Such a formidable comparison list might seem a tad presumptuous but the album’s illustrious producer is highly impressed with the outcome.

“The Kitten Pyramid session was a great experience for me. It was so refreshing to have such an exciting and creative approach to making a record. Bands like this don’t come along very often so I was really pleased that our paths had crossed and got to make something so interesting. It’s definitely been one of the most creative, fun, rewarding and at times heart felt albums I’ve had the pleasure to work on. I can’t wait for everyone else to enter kitten pyramids world.”

The whole album centres around the day in the life of a young schizophrenic Polish immigrant arriving in the UK to work (loosely based on lead member Scott Milligan’s late uncle, Jarek Baczyk) and will be the soundtrack to a film, also being created by Scott due also for release later on in the year.
Thematically, ‘Uh Oh’ relates to being joyfully disorientated and excited at the prospect of stepping into the unknown.

“Uh Oh is just a great expression, I like its playful dread” – Scott Milligan

Despite this being Kitten Pyramid’s debut, there is a rich vein of musical history that runs through the outfit with members tying into current Midland rock bands The Leisure Society and Paddy Considine’s Riding the Low as well contributing to his BAFTA award winning British drama film ‘Tyrannosaur’.

‘Uh Oh’ is the culmination of several talented people collaborating to create something that is refined, spectacular, exciting and intricate but also communicates the beginning of a story which will evolve throughout this year and no doubt fascinate many.