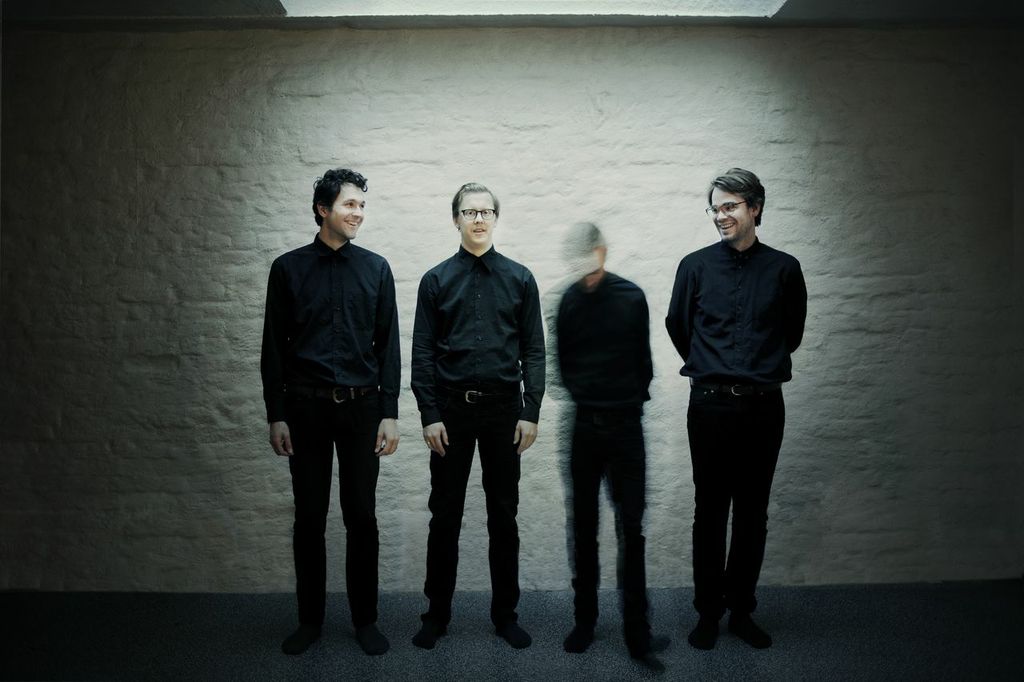 OUT AUGUST 26TH ON JANSEN PLATEPRODUKSJON

“A mountain plateau filled with violent rhythms and sudden turns… The album grows with every spin.” 5/6 Gaffa.com

”Mountain magic! Atlanter makes their debut with a blast, and equal parts of discipline and playfulness.” 5/6 NRK P3

Atlanter is Jens Carelius’ and Arild Hammerø’s new band project. They play rock inspired by desert blues bands, by German krautrock and with a healthy appreciation for classic psych and prog. All this is done with a Norwegian twist and point of view, and is perhaps best described as Norwegian “viddeblues”. Besides Carelius and Hammerø, the viddebluesensemble Atlanter consists of Jonas Barsten Johnsen and Morten Kvam. Their debut albumVidde consists of 9 powerful, rhythmic-based songs, all written by the band and produced byØyvind Røsrud Gundersen (Siri Nilsen, Jens Carelius, Hanne Kolstø).

Arild Hammerø from the band tells us about the music and the album: Atlanter has an open-minded approach to playing music. The songs change from one concert to another, and we try to avoid a polished and rehearsed sound. I think everyone in the band enjoys this openness, that something new can happen on every song. We captured this feeling on the record too, and what brings it all together is that it is mostly based on very distinct rhythms. Playing with Atlanter is like dancing around a fire, there is an intense energy there. Our goal is for the audience to feel this energy too, so they can join in on the dance.

About the band: Jens Carelius has made a name for himself on the Norwegian music scene with the releases The First Songs (2008), The Beat Of The Travel (2009) and The Architect (2011). He has received brilliant reviews for all albums, especially the recent two, with mostly 5 and 6 out of 6 in most Norwegian newspapers. And, yes, in Norway, reviews are always out of 6. He has sold a great number of albums, and was also the opening act on the largest stage at the Øya festival in 2011.

Arild Hammerø released his debut album Dagen Som Gryr in 2008, which was well received by the Norwegian press. “Arild Hammerø is a folk singer who protects the heart-warming legacy of folk singers Lillebjørn Nilsen and Stein Ove Berg. Sensitive, lyrical and likeable”, wrote Norwegian newspaper Vårt Land. The album Flåte by Hammer & Hersk (Arild Hammerøand Daniel Herskedal) was released in 2012 and received good reviews. Arild is also a regular on guitar in the electronica duo Ost & Kjex, and participates on the album Cajun Lunch.

The rest of the band play a central part too, however, with Jonas Barsten Johnsen a young percussionist with a Masters degree from the Norwegian Academy of Music. He is/has been collaborating with amongst others: Frøy Aagre, Bendik Hofseth, Bendik Baksaas, Disaster in the Universe, Eivind Aarset, CCTV, Adam Rudolph and Bjørn Charles Dreyer. He is also a key player of the improv scene in Oslo with a focus on electronics, percussion and dance. He has played more than 100 gigs each of the last 3 years, including the most central festivals in Norway.

The band are completed by Morten Kvam who has played the string bass/electric bass and been an active musician in Bergen and Oslo within different genres such as jazz, rock, improvisation and folk music. He has collaborated with musicians such as Siri Nilsen, TerjeIsungset, Per Jørgensen, Olav Dahle, Walter Thompson (US), Kevin Dean (CAN), ArildHammerø, klezmer band Ot Azoi, Bugge Wesseltoft, Borge & Kvam, Polkabjørn and KleineHeine, Push and Ine Hoem. He has also contributed on all Jens Carelius’ records and ArildHammerø’s debut album.