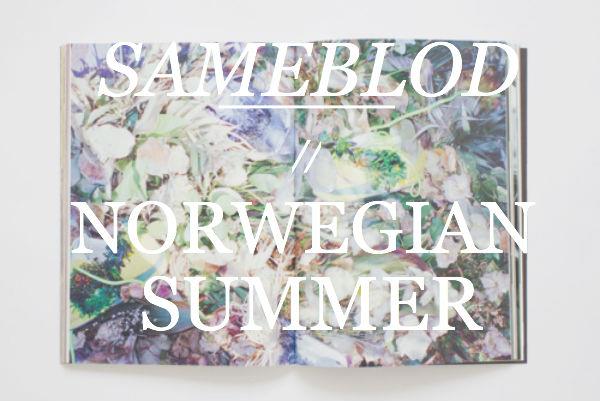 Wild arctic nature. Big city pulse. Fearless synthesizers, miles and miles of reverb, and delicate rhythms. Delicious swedish indietronica from Stockholm by way of San Francisco and the cold northern regions of Sweden.Long nights of dancing and long hikes in the mountains.

Sameblod is one of Swedens most promising and exciting new acts – Frederick and Mikael in Sameblod have received lots of blog-attention, even more plays on Soundcloud and hopefully this is just the beginning.

Sameblod have just unveiled their new track “Norwegian Summer” The track is confirmed as the lead single from their highly-anticipated new EP “⊰ SWOON” that’s scheduled for release on May 31 via Riot Factory Records. Riot Factory is a Norwegian indie label based in Trondheim and Oslo.

The track comes after finishing the promotion of their debut album “Braided Memos“, released in 2012 and included impressive productions like “Loud” or “UR Road”.