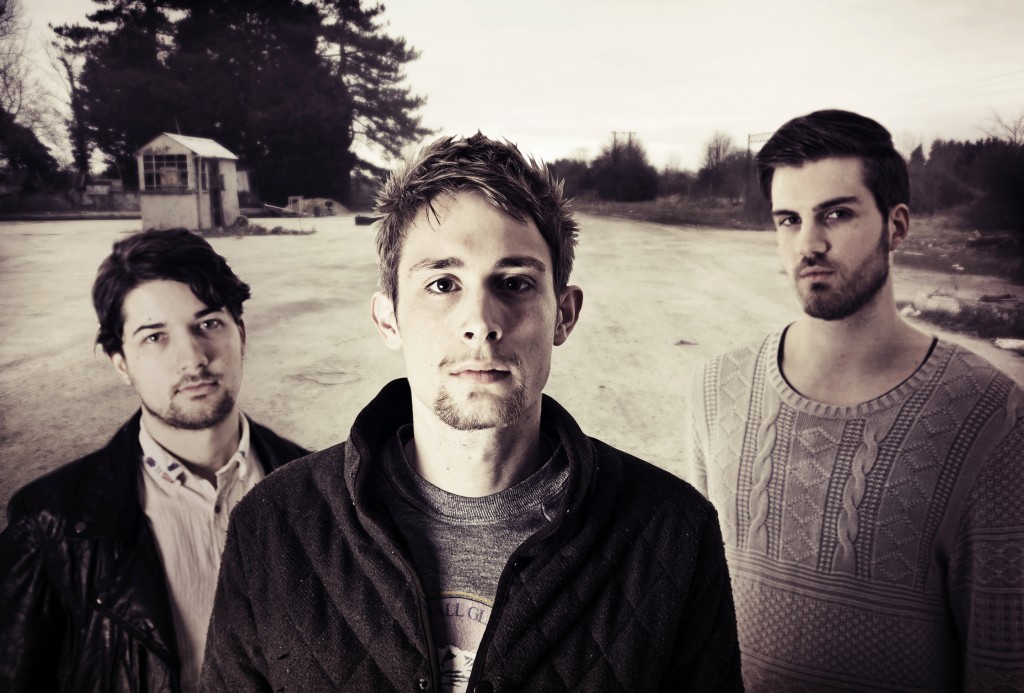 THE RETURN OF KYTE, ALBUM AND SIGNING TO EASTWORLD RECORDINGS

This was never music intended for the sleepy backwaters of England; as humans Kyte are humble souls, but even from their beginnings, from their fledgling formation straight out of school in Leicestershire and their eponymous first album in 2007, the gracefully unfurling glittering tapestries that shaped it, they possessed an eye for expanse, a desire to further their boundaries from the off.

Formed by vocalist Nick Moon, guitar/keyboardist Tom Lowe and percussionist Scott Hislop, It’s been almost three years since their third album, Dead Waves, was released in the UK. Love To Be Lost arrives on Eastworld Recordings, though comes off the back of the group signing to Hostess Entertainment Unlimited in Japan, which can count Adele, Radiohead and The Arctic Monkeys on its Japanese roster. Already out in Asia, the record rocketed to number two in the iTunes chart in Japan. In contrast to the panorama and widescreen nature of its scale, and the artists that it in-part recalls – M83, Ulrich Schnauss and past touring mates School of Seven Bells – Love To Be Lost was written under the most intimate of conditions, the frameworks for the tracks put together over six months in Tom Lowe’s bedroom back in Leicestershire.

In the past that’s where the record has remained until completion, but, in a mood that reflects the growing confidence Kyte have in their craft, they opted to entrust their delicately constructed dream-pop paeans to Seattle-based producer John Goodmanson – who can list the likes of Death Cab For A Cutie and Blonde Redhead on his CV.  Recorded at Robert Lang Studios, where the last ever Nirvana sessions took place, the group found a freedom they’d not felt back home in Leicestershire, relishing the change in their creative process. “John let us get on with what we wanted to do, whilst guiding us in the right direction which is exactly what we had hoped for” says Lowe. “It was important for us to keep the basis of the songs we’d finished in Leicester, and bring a live feel and warmth to the sound, to remind ourselves we were band members in a group who each had their job to do.”

This time the intention was clear: to treat Love to Be Lost as an entire sphere and not just a collection of segments. “We had three condensed weeks of treating it as a record” explains Lowe. “We always used to put a song straight online as soon as it was recorded, so the process of an actual studio album was still fairly alien to us.”

Alien concept or not, Love To Be Lost is the absolute manifestation of what the three-piece were aiming for, a record that peaks on daydream melodies and the pop structures of ‘Scratches’ and ‘Friend Of A Friend,’ yet doesn’t uncouple from the wonderfully woven fabric of sun-crushed textures and digitally manipulated layers that provide the album’s greater backdrop. It’s a cliché to say, but it is their most perfectly-realised record to date, one which takes in the sweeping arrangements of their early records, which had them clumsily tagged as post-rock, to the more synth-pop weightings of 2010’s Dead Waves, fusing them together onto a bigger, bolder aural canvas to devastate listeners with its scope and emotion. The wider world has long since been aware of Kyte’s evocative brilliance, it’s time for their own back yard to catch-up.

Love to be Lost is out on 17th June via Eastworld Recordings.

7. Friend of a Friend