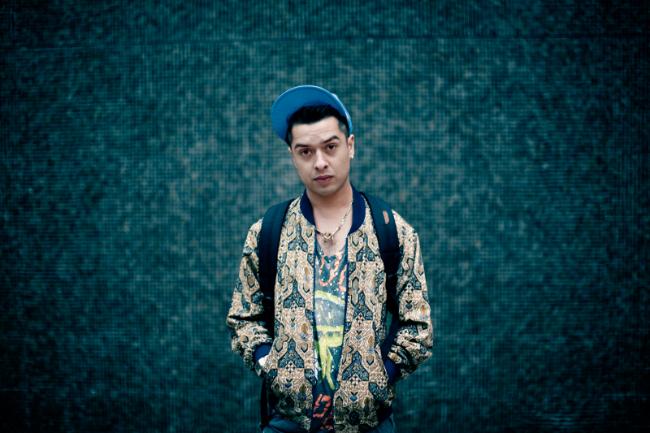 Itch has announced he will be releasing a highly limited edition vinyl only release for Record Store Day on April 20th.

This limited edition vinyl release contains an exclusive lyric booklet and comprises of the two EPs ‘Manifesto Pt.1: How To Fucking Rule At Life.’ and ‘Manifesto Pt. 2: We’re All In The Gutter’, both released earlier this year on limited edition hand painted numbered flash drives, each one unique and all were rapidly snapped up.

The 12”’s 8 tracks include the incendiary “London’s Burning”, the flourishing and fearless “Spooky Kids”, ‘Bruises’ featuring Rancid’s Tim Armstrong, plus the brilliant “Diplomat” with its rallying chorus of “I am not a diplomat, I am a human…” proving none of the polemic fire has dissipated since Itch’s King Blues days.

Itch has just been added to the Slam Dunk Festival line up which will be his first festival performance as a solo artist on the 25th, 26th and 27th May.

Itch has also been confirmed as one of the first seven acts for the VANS WARPED TOUR UK event which takes place 16th and 17th November at London’s Alexandra Palace.

“The first time the Warped Tour came to UK I was there at the front the whole time.” He says. “To be playing Warped UK is an honour. I’m mad excited its gonna go off!”

Itch’s heavyweight collection of new solo songs will continue to emerge throughout 2013, and features ingredients that include punk, pop, reggae, folk, and dubstep. Itch is developing into one of the UK’s finest and most authentic songwriters and his debut solo album will be released later this year, following the Warp Tour in the US and UK.