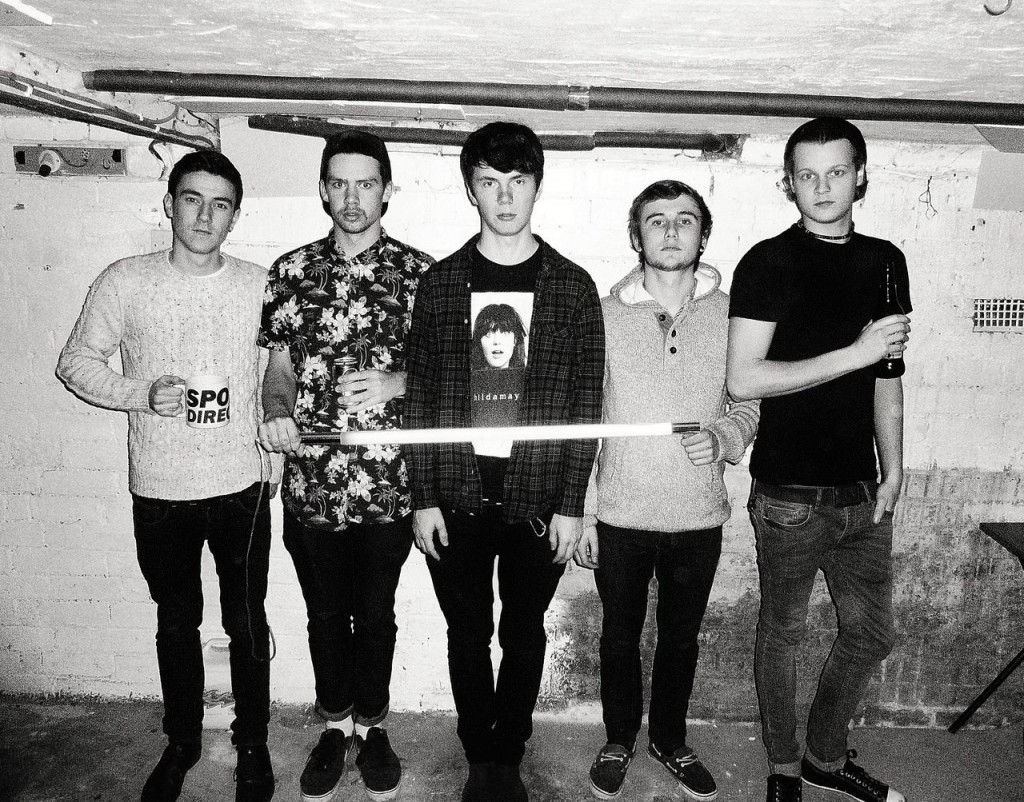 IATDE Records is proud to announce two exciting new bands Weathered Hands & Black Shapes have joined In At The Deep End Records. Like buses wait ages and then….

We’re proud to announce that Hereford’s emotional  hardcore quintet Weathered Hands have  joined IATDE Record, with an aim to release the bands 3rd EP ‘Of All The People That I’ve Left, Each One Has Died Of Loneliness’ on 7” and digitally on 24th June followed up  in early 2014 by their debut album.

Having only formed in 2011 Weathered Hands already possess a discography to be proud of as 2012 saw the release of two EPs – ‘End Of The Road’ & ‘Unison’, the later catching IATDE’s ear immediately, so when Weathered Hands sent us an advance listen to their new EP we had to get involved and give it an official release.

As the title of their forthcoming EP would suggest, Weathered Hands are not afraid to bare their scars & wear their hearts on their sleeves. ‘Of All The People…’ is the lovingly & delicately constructed tale of two lovers struggling with the torment of mental illness finding peace only in death. For a young band to show such personality & fearless desire to break away from their contemporaries is commendable. Where Weathered Hands find their strength is in their honesty.

‘Of All The People That I’ve Left…’ will be available on the 24th June,  on 7” (limited to 500 – 100 Clear Vinyl / 400 Black Vinyl) artwork supplied by Will Blood (we’ve seen advance sketches and it will look amazing), the release will also be available digitally on the same date.
‘Growth Forever’ from ‘Of All The People That I’ve Left, Each One Has Died Of Loneliness’ can be heard on the bands recently released video at

For fans of: Pianos Become The Teeth, Basement, Defeater

Black Shapes surfaced from the dark depths of the London hardcore scene back in 2011. After releasing a self titled 4 track EP, line-up changes were made and Gareth Evans (November Coming Fire on vocals) and Mike Ager (Jairus on bass) join the band, this turned out to be the catalyst Black Shapes need.

Soon after in June 2012 the band released “Let Valhalla Burn” (the first release with the now established line-up which also includes original members Richard Wooding on Drums and Goldthorpe on Guitar) a one track single/video to high acclaim.  The single received its debut play on the BBC Radio 1 Rock show with Daniel P Carter while the video was a featured video on the Rock Sound website and Scuzz TV.

It was this single that got them noticed by SGR Management (Mallory Knox, TRC,Feed The Rhino, Polar, Departures) and soon afterward they joined the company’s  impressive roster.

With the success “Let Valhalla Burn” the band wasted no time getting back in the studio this time with of with Steve Sears (Gallows, Spy Catcher, TRC) at the helm  to record their 2nd four track EP ‘In The Mourning Light‘. Drawing on influences such as American Nightmare and The Hope Conspiracy, the EP mixes frantic fretwork and unrelenting speed with down tempo, gloomy breakdowns. Gareth Evans’ desperation soaked vocals make his past efforts with November Coming Fire seem like a practice run. Released in October 2012, the EP captured the energy from their live performances and received rave reviews

It was this EP and In At The Deep End Records former connection with Black Shapes frontman (November Coming Fire & Tortuga), that made IATDE decide they could no longer sit on the side lines and monitor Black Shapes progression, it was time to back the band so in April 2013 Black Shapes joined respected independent label IATDE Records .
Black Shapes will be back in the Studio with Steve Sears in April 2013 to record their debut album that will sees the band become a much heavier beast, with Gareth now also adding 2nd guitar and the rest of the band adding vocals. If the demos for the album are anything to go by Black Shapes will be delivering one the most exciting records from the UK for a decade.

Black Shapes debut album is due late July/ Early Aug 2013
Black Shapes are going slightly heavier with influences such as Baroness, Converge & Queens of the Stone Age  in their sound but here are links to their previous releases.
‘Let Valhalla Burn’ video – http://youtu.be/1obmEwaHIHI
‘In The Mourning Light‘ EP – http://blackshapes.bandcamp.com
‘Behind My Dead Eyes’ video – http://youtu.be/SRGeRtYX0ks
http://www.facebook.com/blackshapes

The World Is A Beautiful Place and I am No Longer Afraid To Die Announce June 18 Release For Long-Awaited Debut LP, “Whenever, if Ever”; The Needle Drop Premiering New Song From Band’s 4-Way Split with Tigers Jaw, Code Orange Kids and Self Defense Fa‏mily