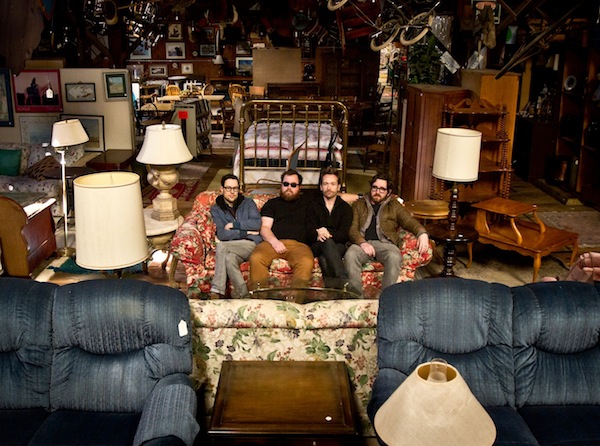 March 18th – After successfully premiering the title track from their forthcoming full-length Post Heroic on AbsolutePunk, Chico, CA-based four-piece Surrogate have dropped the second track off the new record, “Lovers” by way of a good ol’ fashioned music video, available now on YouTube:

The video, directed by Tom Botchii Skowronski is the band’s first, and marks the final step in the two-year odyssey of writing, recording and (soon) releasing Post Heroic. “Lovers” is also available now as a free download through Soundcloud:

Post Heroic is the Surrogate’s 4th studio album. After two records on Tooth & Nail/EMI, 2007’s Love is for the Rich and 2009’s Popular Mechanics, the band – vocalist/guitarist Chris Keene, guitarist Michael Lee, keyboardist Daniel Martin and bassist Daniel Taylor – struck out on their own for 2011’s Diamonds and Pearls EP. Post Heroic was recorded, mixed and mastered from the band’s home studio in the heart of California’s college party/almond orchard capital Chico. The band is planning a major single-city tour in celebration of the album’s release, beginning April 5th in Chico and ending April 6th (sometime around 1 AM or so) also in Chico.