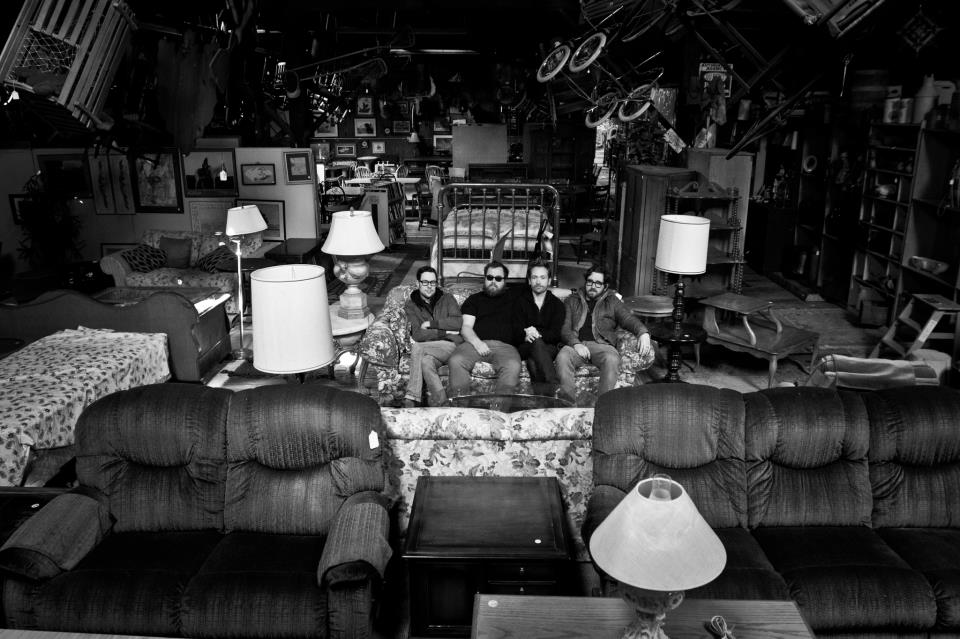 Surrogate Prepare 3rd Full Length “Post Heroic” For Release April 5th
Title Track Today’s ‘Absolute Exclusive’ on AbsolutePunk.net
Chico, CA-based melodic rock outfit Surrogate has made the title track off their forthcoming 3rd full-length album, “Post Heroic” available as today’s “Absolute Exclusive” song download on Absolutepunk.net. The song can be downloaded and streamed on the site here:
http://bit.ly/YE4efu
Post Heroic marks the band’s 4th release, and like it’s predecessor, 2011’s Diamonds & Pearls EP, Post-Heroic will be recorded, mixed, mastered and released by the band themselves, from their homebase well off the indie zeitgeist’s grid in the Northern California college town of Chico. In the two years since the Diamonds and Pearls EP, the band has slimmed to a four-piece, with each member – vocalist/guitarist Chris Keene, keyboardist Daniel Martin, guitarist Michael Lee and bassist Daniel Taylor – picking up drum duties on songs for Post-Heroic. The band will celebrate the release of Post-Heroic on April 5th with a record release show at Lasalles in Chico, with longtime friend Joe Greenetz (Sherwood/We Shot the Moon) guesting on drums.
The song is  streaming here:
Surrogate Links:
Facebook – http://www.facebook.com/surrogate
Bandcamp – http://surrogatemusic.bandcamp.com/
Twitter – https://twitter.com/_Surrogate
Website – http://www.surrogatemusic.com/