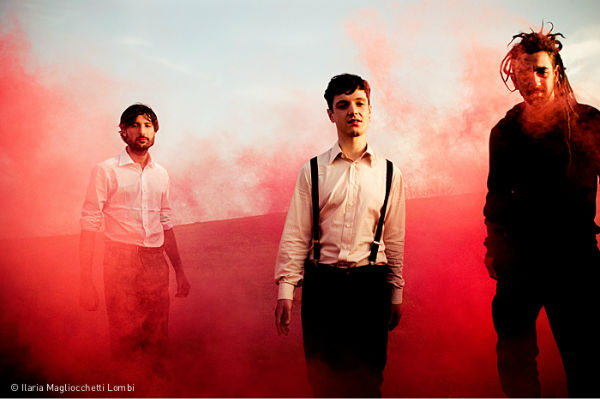 Floating Song, the first single from Nothing Outstanding, the debut of King of The Opera. After the success in its homeland and Germany, the Italian band releases the new track in the rest of Europe. Floating Song is part of a collection of well devised tracks that are able to blend different genres (psych-folk, ambient music, noire-motion picture soundtracks) without sounding revivalist or predictable. Indeed, Nothing Outstanding uses a broad range of expressive elements (including the lyrics, written by Mariotti) to portray the confusion of the human condition that becomes from time to time physical, psychological, geographical, metaphysical. Mariotti’s voice, ever-changing, guides the 9 tracks of the album up winding hills and snowy peaks of extreme emotional destruction; but there are also unexpected valleys of sweetness along the way.

In more formal terms, this album was recorded following very strict rules, as to faithfully maintain and represent the album’s sound even during live performances: no electronic instruments, no bass guitar, no featuring musicians. The songs of this album are more direct and spontaneous than the previous works by Mariotti and the band wanted to keep the emotional tension intact.

King of the Opera is the new musical project of Alberto Mariotti, formerly known as Samuel Katarro. The band was first introduced to the public at the famed San Miguel Primavera Sound Festival in Barcelona, where they played their first gig on the rocking’ Adidas Originals Stage.

Nothing Outstanding is the band’s debut album and a new milestone in Mariotti’s musical career that has been subject to many changes over the past years, when he was still known as Samuel Katarro. Starting from his very well-received debut “Beach Party” (2007, Angle Records), a gaunt and dark bluesy album. The important contributions of Francesco D’Elia and Simone Vassallo during the recording of sophomore “The Halfduck Mystery” probably laid the foundation of what was yet to come: the birth of an actual band.

After gaining recognition from important musicians like Julian Cope, Patti Smith and David Thomas from Pere Ubu, the creative and eccentric Mariotti decided to start a new adventure and definitely consolidate the already strong line-up, that sees his trusty sidekicks Francesco D’Elia/ Wassilij Kropotkin on the violin, guitar, keyboards and backing vocals and Simone Vassallo playing the drums.