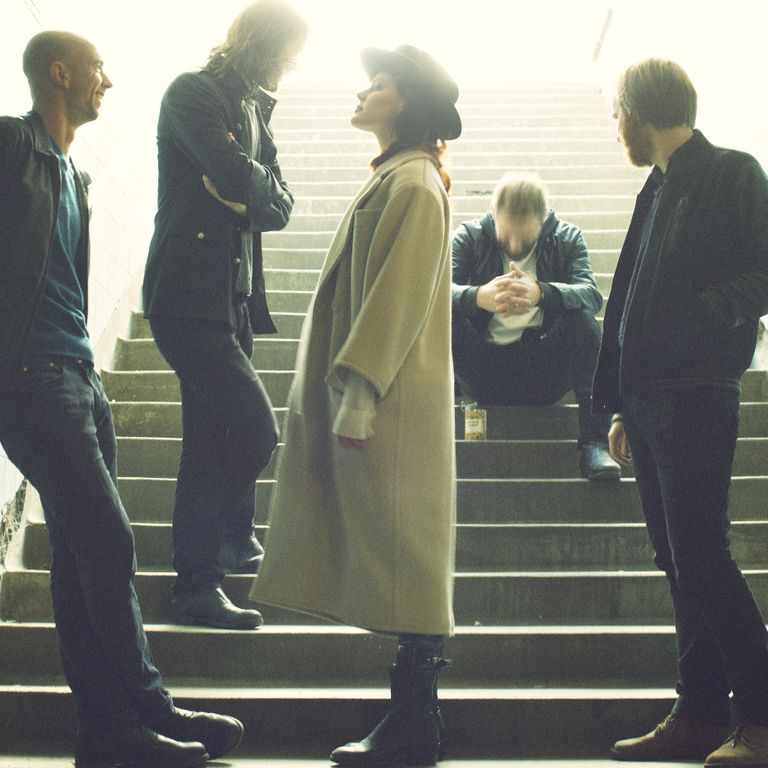 Here Is Your Temple invite you into their theoretical world of fears, obsessions, love, hate and progress. Acting as distant observers in occupancy of a Universe separate to our own, this debut EP is a veritable brocade of heavy dreamy alt-pop that channels the spirits of Nico and Beach House (while paying homage in their own way to the likes of Depeche Mode and Fleetwood Mac) before adding their own layer of sedate gloss. On this debut EP, the Swedish 5 piece (completed by vocalist Emily McWilliam, guitarist Andreas Hourdakis, drummer Olle Nyman, bassist Ille Borg and Mikael Svensson on keys) look to cinematic works for inspiration.

From the first synth experiments in Tarkovsky’s Stalker, the cut up sound tracks of Godard to Vangelis’s Blade Runner, Here Is Your Temple value their music’s ability to conjure stark imagery and often use a back drop of Kenneth Anger’s silent movies in their writing process. This becomes evident as the listener wades through the swirling synth of opening track, and forthcoming single, So High. Here Is Your Temple immediately set about demonstrating their possession of that very special transportative quality that inducts you into their thick, icy, Scandinavian surround. McWilliam’s vocals shimmer, melt and glisten across wildly expansive soundscapes.

So High’s pulsing bass line, icy underlying synths and chiming guitar punctuation soon make way for the world-weary Once Rich before Say Hey fills the air with its swelling, silver-plated Folk crescendo. It builds like Boxer-era The National with a lyrical refrain (‘hey, what could we have done to make this go away?’) that could have been plucked straight from the lips of Matt Berninger. Big Way, by contrast, shows the band’s more extroverted side before closing track Daniel broods along a glitter-flecked road to its climax.

If Here Is Your Temple are of their own universe, then they represent their own 5 planet solar system, one that pushes, pulls, implodes and explodes, striving to find balance in the space in between. Just like black matter, the noise in between is equally important.

The video for lead track off their debut EP, both called ‘So High’, was premiered by CLASH yesterday, they called it “a delicately wrought piece of songcraft, one that matches dark, ominous synth pop with ethereal, shoegaze influenced vocals.”

You can also check out the Clash premiere here