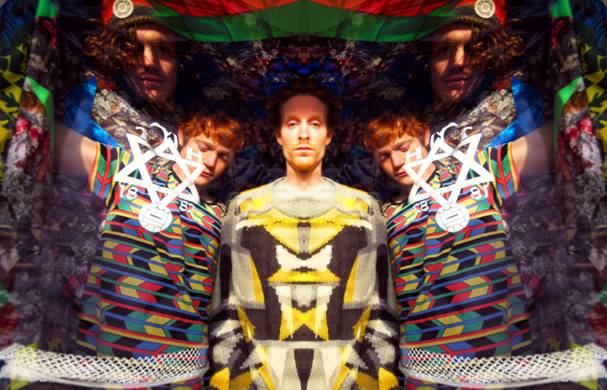 Beaty Heart have unveiled the intoxicating new video for their forthcoming single ‘Seafood’, released on cassette on 8th April through Heart Throb Records. The undeniably trippy video is described by the band as a ‘midnight meal gone bad’ and partly inspired by the food fight scene in the movie Hook. Directed by the band themselves, the video perfectly complements the tracks idiosyncratic unpredictability, with its unsettling yet fascinating mix of colour and energy.

Band member Charlie Rotberg says: “We wanted to capture that awkward feeling of being hungry yet disgusted at the same time, when your stomach churns and you can’t tell whether you’re starving or sick. We’ve never done a video with such a clear narrative that involved acting, but luckily for us it all tasted revolting so there wasn’t much need for that…”

Beaty Heart juxtapose musical and cultural influences from popular music across the globe into their work, weaving an array of samples, instrumentation, and percussion to create a sound described as ‘psychedelic drum pop’ and ‘funfair-punk’. Both Beaty Heart’s live and recorded music is accompanied by original artwork and video created by the band members. The band strive to create pop music that cannot be sonically associated to any particular time or place, constructing their music by using the aspects of many forms of popular music that they feel are ‘timeless’.

‘Seafood’ will be released on a limited run of 100 cassettes (with an instant download) on the 8th April through Heart Throb’s Bandcamp page.