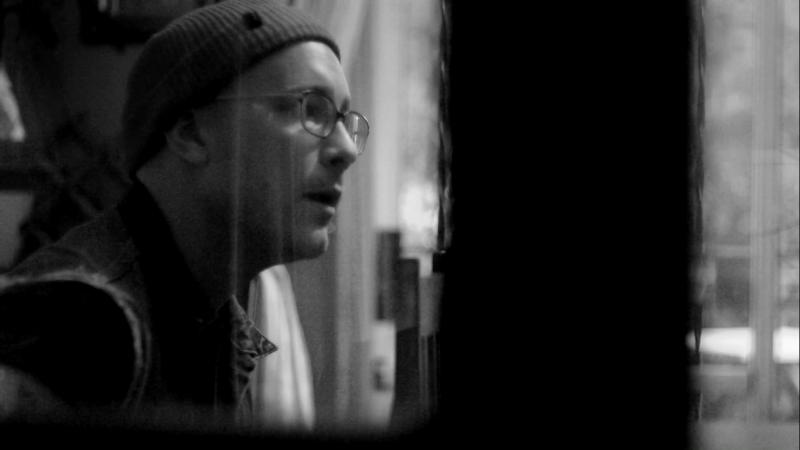 “Honesty. Humanity. A directness that is difficult to avoid.” – Clash

“Post-Breakdown Blues is a stunning piece of work.” – Gig Ape

‘Tie Your Own Noose’ is the second video to accompany ‘Post-Breakdown Blues’. Shot entirely in Leeds, it tells the story of a man whose world falls from beneath him, mirroring the theme of Johns’ debut record itself.

Harry George Johns’ Post-Breakdown Blues is an incredibly personal diary of a dark and desperate time. As Winter 2011 was in full flow, Harry found himself confronting issues such as mental illness, heartbreak and homelessness. He stayed on a mate’s floor with a laptop and a few microphones, and inspired by this dark time, Harry wrote and recorded Post-Breakdown Blues. You can download the collection of songs on his Bandcamp on a ‘pay what you want’ basis.

If fans want to get to know the man behind the music, they will have the opportunity to write Harry a letter – that’s right, an actual physical letter, and Harry will reply with a personal note and exclusive tracks only available via old fashioned snail mail.

Following a one-off date supporting Amelia Curran in London, Harry will be taking his brooding solo acoustic stylings on the road in March and April. He’ll also be playing Live At Leeds in May. Keeping things as DIY as possible, he has handpicked several intimate venues with more dates to be added –