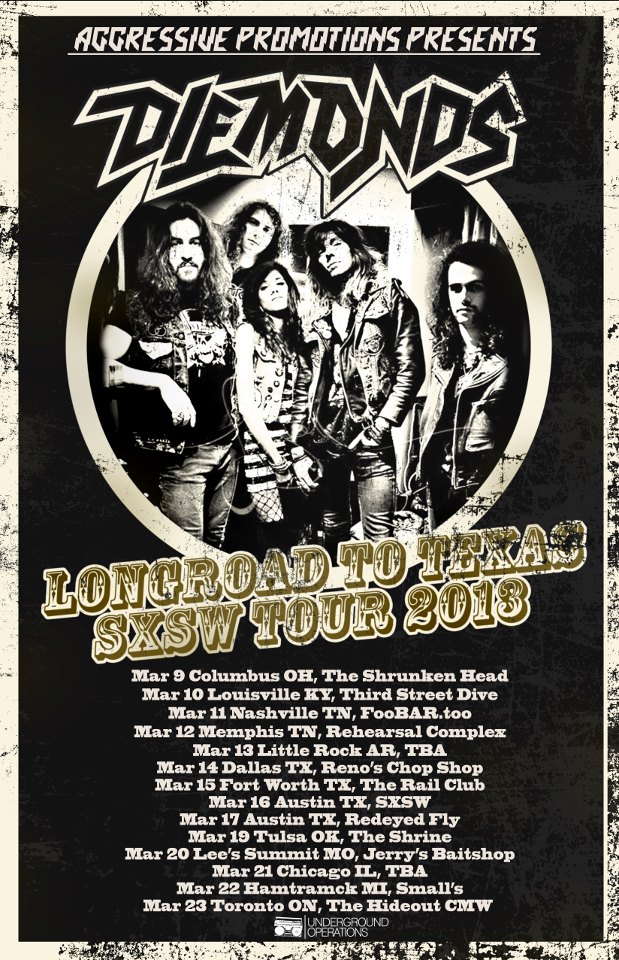 Toronto hard rockers Diemonds are excited to announce American tour dates that will take their music to new cities. The tour includes a first time slot at SXSW in Austin, TX where the band will be a part of High Times Magazine’s annual music awards show “The Doobies.” They will be playing select US dates on in support of their album “The Bad Pack” released in October on Underground Operations. The band comes back to Toronto in time for Canadian Music Week and a support slot with Hollywood legends Faster Pussycat.

2012 was a a very busy year for Diemonds, who toured North America from coast-to-coast including notable slots at Heavy MTL, Seattle Hempfest, The Whisky A Go-Go and opening for the likes of Slash and Steel Panther. The year ended with the band receiving a nod for their music video “Get the F*&k Outta Here,” named the number four video of the year by UK’s prestigious Classic Rock Magazine.