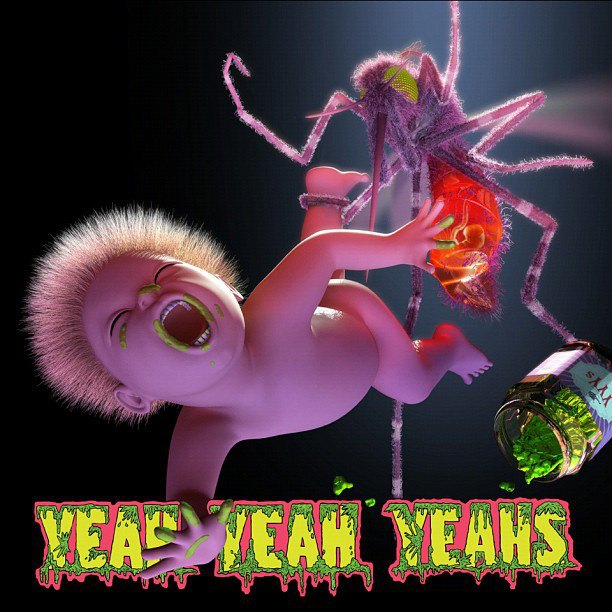 Yeah Yeah Yeahs have announced that their new album Mosquito will be released on April 15th 2013. This is the band’s fourth LP and the follow up to 2009’s It’s Blitz.

The band released a trailer for their new album Mosquito, you can watch it below:

Speaking exclusively to NME about the album in this week’s magazine singer Karen O said:

“Well…it’s definitely different from the last album. So I guess you could say that hasn’t changed about us! It’s all over the place. The sound of the record is, I guess, a bit more lo-fi sounding and slightly more influenced by roots reggae. There’s a lot of delay on stuff and there’s a more raw sound to it than there was last time.”

She added: “There’s probably more bass on this record than all the other records combined. But there’s also plenty of guitar. It’s a bit more tripped out than our other records.”