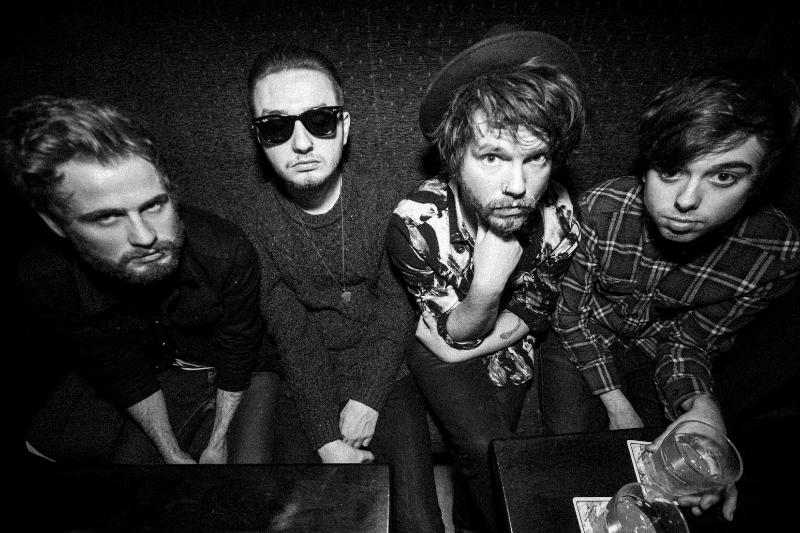 Not many bands have been through as much as Wounds have in the last two years. From the highs of rave reviews for their debut EP, to the lows of grief and a near death experience of one of their members, since 2010 the punk rockers have fitted in a life time’s worth of experiences.

2010 began with a bang for Wounds, as they supported the likes of Gallows & Cancer Bats to name but a few. Shortly after Wounds’ first UK tour came the release of their lauded debut EP ‘Dead, Dead Fucking Dead’ which secured acclaim from Kerrang! (4/5) and Rock Sound (8/10) and saw the band tour with Crime In Stereo & Sharks. The boys seemed set to grab the music world by the balls when disaster struck. As they settled down to write their debut album, guitarist James was almost killed when he plunged from a fourth floor balcony in a freak accident. His brother and bandmate Aidan watched in horror as his brother very nearly died.

James miraculously survived the traumatic fall and proved the doctors, who said he would never pick up a guitar again, wrong. With James back on his feet, Wounds got back to doing what they do best. The song ‘Desperate Times’, written while Aidan was bedside with James during his recovery, deals with these events in detail. Wounds eventually entered the studio to record the album when the Coogan brothers lost their father to terminal illness. This untimely death knocked the band back for months and led to the writing of the song ‘Dead Road’.

After heartache and dark times for all the band members they finished what they had started and completed their debut full length with lyrics inspired by the events that shaped the band into what they are now. The record, titled ‘Die Young’ (which also features the image of James’s stomach from his accident as the album cover), was picked up by In At The Deep End Records and is due out on January 28th, 2013.

The band have since toured with the likes of Bring Me The Horizon and While She Sleeps and recently released a split EP with Gallows and Feed The Rhino for In At The Deep End, with all bands covering the label’s first major success story – Send More Paramedics – for its 50th release (a 10’’ blood red vinyl was released on Halloween 2012).

The controversial music video for ‘No Future’ sees the band involved in debauched and depraved activities at a seedy house party. Wounds are certainly living for the moment after what they’ve been through. What does not kill you makes you stronger and Wounds know that more than most…

ShopRadioCast to Release Hum’s ‘You’d Prefer An Astronaut’ on Vinyl on March 4. 2013