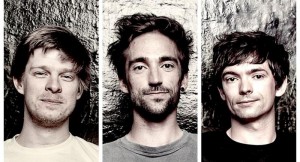 “This Town Needs Guns sound stylish, sussed and like reformed mathcore men Minus The Bear covering seminal Mancunian miserablists The Smiths. Good, in other words.” — Kerrang

“The fingerprint of This Town Needs Guns is a one-of-a-kind distinction from any other band within the confines of contemporary indie rock. Their technical, methodic performing allows their music to shine, unparalleled on 13.0.0.0.0. In a word: Profound.” — The Aquarian

Oxford, England’s This Town Needs Guns today launch a stream of their entire forthcoming sophomore album, 13.0.0.0.0 one week ahead of its release. Listen to the new release streaming below-

TTNG has always been known for walking a tightrope line between pop melody and technical precision. But, 13.0.0.0.0 finds the band blurring the lines so masterfully that their intricate, spindling guitar lines and soaring pop hooks reach unforeseen apexes. And, so it’s fitting that the band titled their new album after esoteric means of counting: 13.0.0.0.0 referring to the Mayan calendar’s Long Count indicating the beginning (August 11, 3114 BCE) and ending (December 21, 2012) of the current civilization.

This Town Needs Guns have stayed true to their sound rather than chasing pop payoff like many of their contemporaries. The result is a leaner, stronger version of themselves similar to the way kindred spirits Pinback and Grizzly Bear have honed unique identities over many years. Album opener “Cat Fantastic” kicks things off at a spritely pace with an incredibly nimble clawhammer plucking guitar melody that sounds like a hybrid of Flatt & Scruggs crossed with Robert Fripp. But, it’s the warmth to Tremain’s voice and the song’s hooky chord progression that makes it easy to forget the depth of musicianship on display throughout. Elsewhere, ethereal vocal melodies weave together with rapid-fire guitar and bass interplay on “Havoc In The Forum” and a sliced-up sounding drum pattern on “I’ll Take The Minute Snake.” Tremain’s vocal acrobatics in “Left Aligned” reach stunning highs while slithering bass chords, fugue-like guitar notes and rollicking drums form a sturdy base. “13.0.0.0.1” perfectly closes the album with a chiming lullaby of interwoven piano and lightly plucked guitar notes. 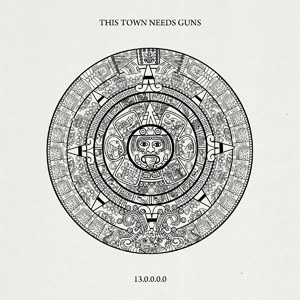