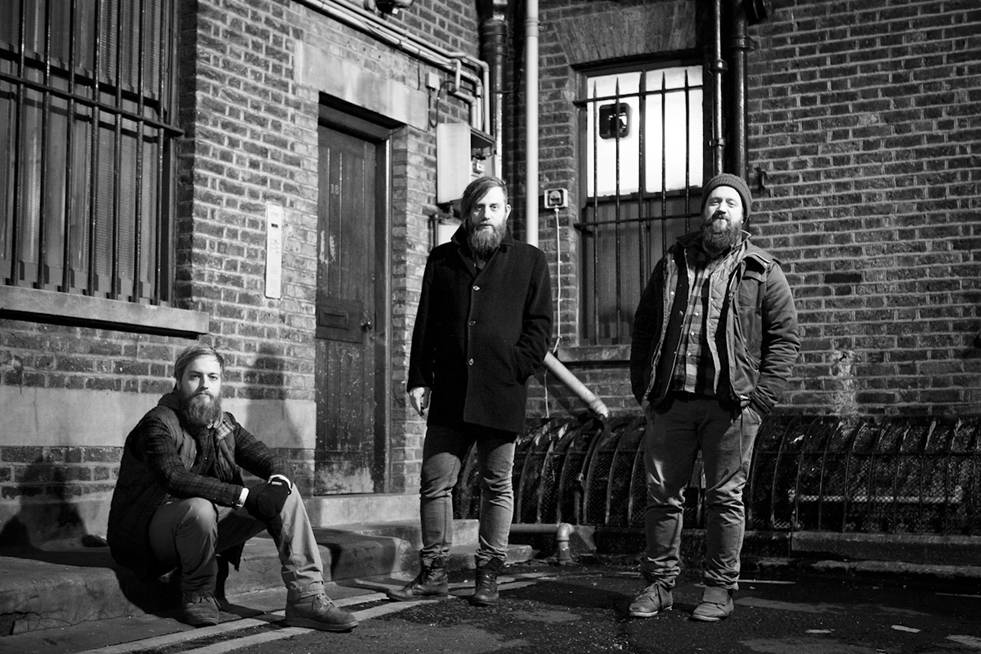 “The bearded Danish trio’s pagan intricacies have marching band vigour which are as seasonal as Sufjan Stevens singing carols with Low.” – The Independent

Danish indie-folk trio The White Album have unveiled the video to ‘Seasons End’, taken from their 2012 EP ‘Conquistador’.

Filmed in an deserted theme park called ‘Brakken’ in a forest near Copenhagen, the video is a Nordic winter delight, with a heart-warming yet undeniably haunting feel – much like the track ‘Seasons End’ itself. The concept of the video was divised by it’s directors; band member Claus Arvad and filmakers Jakob Nimb Jensen and Thomas Lund.

Of the video Claus says: “We came up with the idea of shooting a video at a deserted or closed amusement park, and the story pretty much came out of that. There is a fantastic contrast in the warmth of the lights VS the cold and ghost-town like feel of the deserted, dark and snow covered amusement park.”

The White Album play an almost cameo role in the video – Claus explain: “Often you would incorporate the band in a video by showing clips of them playing”. I didn’t want to do that. I thought it would have more impact to have us play a small part of the story in the video. With the beards and general scruffy looks we kinda look like carnies anyway so we probably blend in seamlessly!”

The White Album are currently recording their debut album in their cabin in the forest outside of Copenhagen.