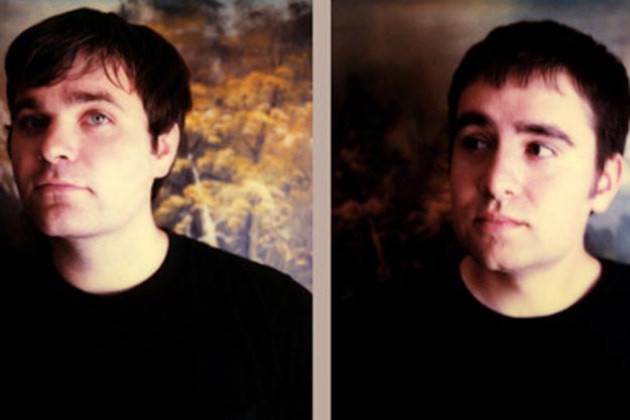 Death Cab For Cutie’s frontman Ben Gibbard and Jimmy Tamborello return in 2013 as The Postal Service.

The much-beloved, long-distance collaboration between Ben Gibbard and Jimmy Tamborello, will reunite this spring to celebrate the 10th anniversary and deluxe edition reissue of their universally acclaimed release, Give Up.

The Give Up Deluxe 10th Anniversary Edition will include the original 10-track album along with 15 bonus tracks (including the 2 brand new songs “Turn Around” and “A Tattered Line of String,” a previously unreleased live recording, and every other official recording the band has ever released – as well as cover versions of The Postal Service classics by The Shins and Iron & Wine) and was mastered by Grammy nominated engineers Emily Lazar and Joe Laporte.

Give Up Deluxe 10th Anniversary Edition will be available as a 2xCD, 3xLP and digitally on April 8 in the UK and Europe and April 9 in North America via Sub Pop. A very limited “Loser” edition of the 3xLP will be pressed on colored vinyl. Please find a complete tracklisting below.

The release of the Give Up Deluxe 10th Anniversary Edition will also be commemorated by the first live The Postal Service dates in a decade. Live shows will be announced as they are confirmed.

Give Up was certified platinum last year just shy of 10 years from its original February 9, 2003 release. Led by the single “Such Great Heights,” the landmark album peaked at #114 on the Billboard Top 200 Chart and has sold 1,067, 087 copies in the U.S. to date. After Nirvana’s Bleach, Give Up is the second-biggest selling album in Sub Pop’s nearly 25-year history.

Give Up, which Entertainment Weekly called a “near-perfect” album, is the first and only full-length by The Postal Service. The album received 2003 year-end praise from an array of publications, including SPIN, Rolling Stone and the Village Voice “Pazz & Jop” critics’ poll. Give Up also earned “Best of the Decade” status from Pitchfork, NPR, Complex, Paste, Under the Radar, and more.

Both Ben Gibbard and Jimmy Tamborello (as Dntel) recorded albums in 2012: Gibbard’s solo outing, Former Lives, was released via Barsuk Records last October; Dntel’s Aimlessness was released this past June on Pampa Records.

About The Postal Service:
You can spend all the time and money in the world trying to craft the perfect pop-music scenario, but sometimes the stars have to align all by themselves. Even though early on the members of The Postal Service jokingly referred to “Such Great Heights” as “the hit” on their debut album, Give Up, there’s no way anyone could have predicted the eventual impact made by a mail-order album designed in a pair of West Coast bedrooms. It’s been 10 years since the little project that could from Seattelite Ben Gibbard (also known as Death Cab For Cutie’s frontman) and Angeleno Jimmy Tamborello (Dntel, Figurine) emerged from seemingly nowhere and began to burrow its way into the ears of anyone who came into contact with the band’s infectious electro-pop.