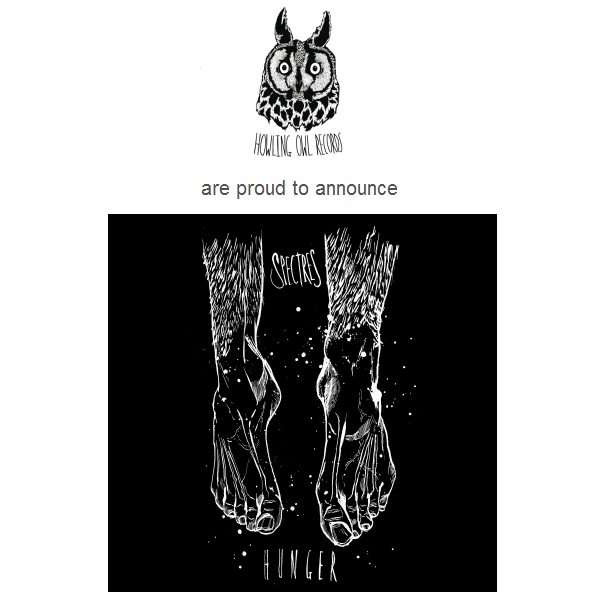 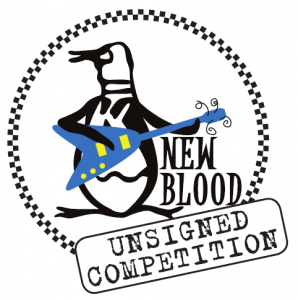 Spectres are a very uncompromising band. For three years now, they have created music that has driven people out of venues and made their own ears show the white noise flag; but they have ploughed through regardless…and it has been more than worth the pain: people are starting to take notice of Spectres, and the ‘Hunger’ EP shows why.

A definite progression from the 2011 release ‘Family‘, ‘Hunger’ shows the band experimenting with a sound that is often impossible to tame, and steering it towards some harsh beauty.

Following their crowning of the ‘Artrocker Unsigned Band of the Year’ award, the ‘Hunger’ EP saw the band take their visceral live sound into a squat bedroom, set up a few mics among the mattresses, plug in, play and see what happened. The results of which you can watch below in this short teaser

Recorded by members of the blossoming Howling Owl Records family (Oliver Wilde and Dominic Mitchison, Velcro Hooks); ‘Hunger’ somehow manages to knead the squalls of feedback, distortion and noise, whilst leaving room for the vocals to float around at will.

Released on 11th March 2013 through Bristol’s Howling Owl Records, ‘Hunger’ is limited to 100 12″ vinyl, that also comes with a CDR and download code; all housed in handmade sleeves and artwork; as always with Howling Owl.

Tracklisting;
01 Pull
02 Rattle The Cage
03 I Was In a Box
04 Maybe You Shouldn’t Be Living Here
05 Threshing Machine

Released on the 11th March 2013 / Available to pre order from the Howling Owl shop
Spectres will be launching the EP on the 23rd of February at the Motorcade FlashParade artspace in Bedminster, Bristol, along with Towns, United Fruit and MXLX. For more details about the launch party click here
They will also be playing the following dates in support of the EP:

These shows are followed by festivals slots in the summer at The Great Escape, Dot to Dot and Arc Tan Gent having already played at 1234, Artrocker New Blood and Simple Things Festivals in 2012. Prepare to be blown away….