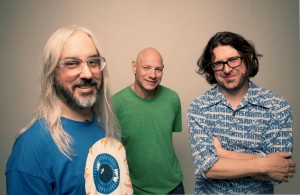 Dinosaur Jr will be touring the UK and Europe in January 2013 for the first time since May 2010, with many dates already sold out.

They’ll be playing in support of their latest album I Bet On Sky, which is a true and worthy addition to the Dinosaur Jr discography, brilliantly imprinted with the trio’s magical equation.

For a combo that began as anomalous fusion of hardcore punk and pop influences, Dinosaur Jr. have proven themselves to be unlikely masters of the long game. Included in the tour is a headline NME Awards show at the Electric Ballroom on February 4th.

The band will also be releasing a new single “Don’t Pretend You Didn’t Know’ on Mar 11th. The opening track from the album, Uncut described it as a “compelling mix of hardcore jangle-pop, country and speed metal” with the unfamiliar addition of keyboards – a one-off messing with their recipe.