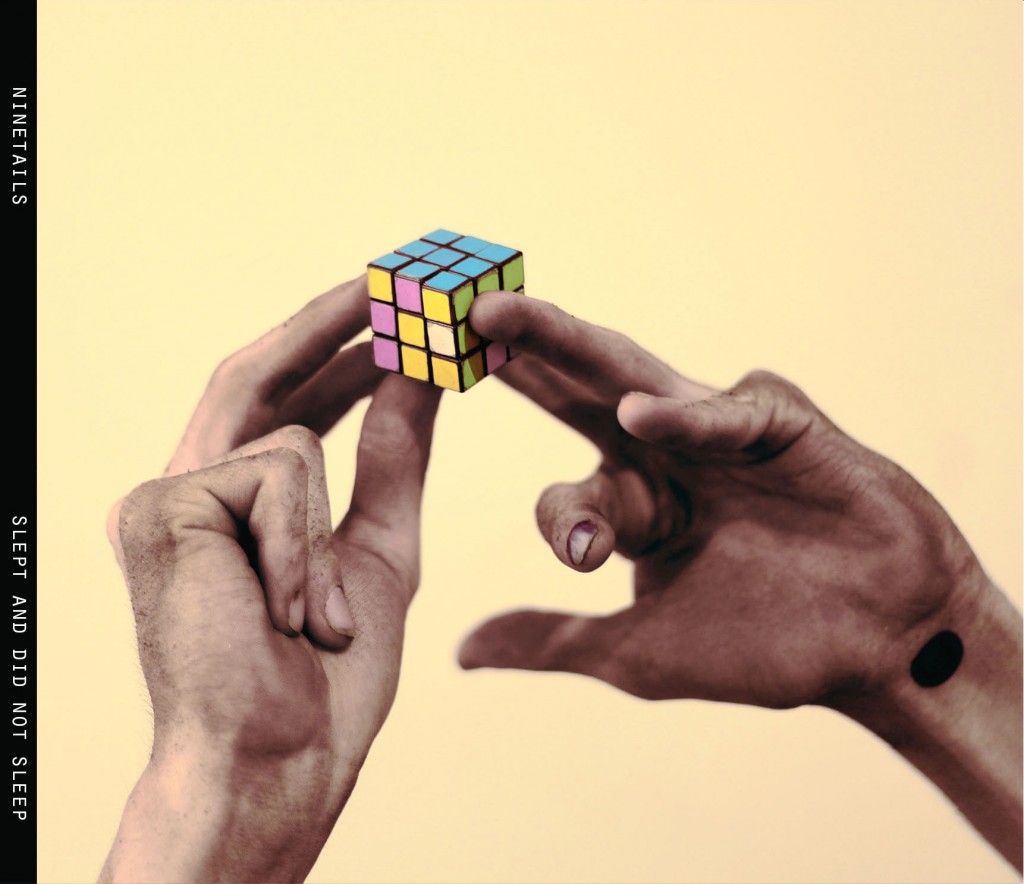 After a spring which saw them tipped by Vice, NME, Clash and This is Fake DIY, Ninetails return with ‘Slept and Did Not Sleep’, the much anticipated follow up to their ‘Ghost Ride the Whip’ EP. Combining hyperrealistic pop with sleek maximalist production, the Liverpool four piece explore euphoria, lamentation and lucidity on this song cycle melodrama. Throughout, moody minimalism and loop-based composition provide an Eno-like back drop for vocals inspired by sunshine pop, r’n’b and dramatic choral harmony.

Earlier in the year Ninetails were included in NME’s scene report of their home city and a performance at Sound City in May prompted Clash and Vice Magazines to highlight them in their ‘Ones to Watch’ lists. Prior to these accolades, they had shared stages with Alt-J, Errors and Tall Ships.

The band are due to play at this year’s GIT award (Scouse Mercury) launch alongside MOBO winner Esco Williams, having been shortlisted for the prize themselves. This local buzz is commanding a great deal of national attention with a whole host of New Music Pieces now confirmed. Simon Raymonde has also shown his enthusiasm by including them in his end of 2012 year list of favourites and declaring them as “one of the bands of the year”

‘Slept and Did Not Sleep’ is being released through Superstar Destroyer Records on the 10th of December as a pay-what-you-feel download. A visually cohesive CD package and very limited number of ‘uniquely chopped and screwed’ cassette tapes of the EP will also be available. Two videos will accompany the release, as well as an launch in Liverpool and the band’s first London Show on the 29th of November at the Bull and Gate in Kentish Town.