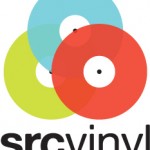 SRC Vinyl has released the first official vinyl reissue of Quicksand’s major label debut, Slip, since its original pressing in 1993. The album from the 90’s NYC post-hardcore band fronted by Walter Schreifels (Gorilla Biscuits, Youth of Today, Rival Schools) is re-mastered for vinyl at Sterling Sound and the gatefold jacket contains new photos not on the original pressing. View the photos as: http://www.shopradiocast.com/product_images/p/149/quicksand-slip-gatefoldjacket__68337_zoom.jpg.

While the first pressing of Slip quickly sold out, the second pressing is shipping now on 180 gram red vinyl.

To pre-order the second pressing: http://www.shopradiocast.com/products/Quicksand-%252d-Slip-LP.html. The album is also available in stores.

ShopRadioCast is an online store specializing in new and limited run vinyl records.