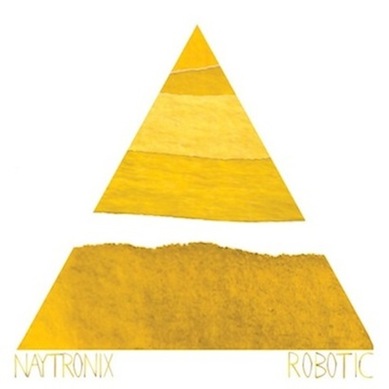 This winter marks the UK release of ‘Dirty Glow’, the debut album by California-based musician and singer Naytronix, AKA tUnE-yArDs bassist Nate Brenner.

The LP is released on Plug Research, the label responsible for Flying Lotus’ debut album, plus releases from Dntel, Daedalus, John Tejada, Thomas Fehlman and Bilal.

Sharing tUnE-yArDs knack for warm, leftfield pop that’s rich in the funk, Naytronix incorporates found sounds and homemade instruments into a heady brew of avant-grooves, post punk and hip hop beats, with the random tangents of the Beach Boys or ‘Song Cycle’-era Van Dyke Parks. At times spiky and others uplifting, ‘Dirty Glow’ is a complex yet palatable classic, which instantly puts you in a happy place, with a spring in your step.

The gauzy, rickety fairground organ of ‘Hangin Out’ sets the scene, before things kick off fully with ‘In The Summer’, a punchy, beaty affair, laced with Nate’s Arthur Russel-like vocals.

‘Lead The Way’ manages to hold a highly catchy keyboard line over various (and at times) awkward time signatures, interlocking with one another, before layers of sound reminiscent of ‘A Day In The Life’ creep in and finally take over the track.

‘Nightmare’ and ‘Good Thing’ gives an indication of how the bouncy punk funk of NY beat combo Friends would sound, if they were sprinkled liberally with cosmic (angel) dust.

Album closer ‘Evil Dancer’ sounds how a supergroup of players from Gang of Four, Steely Dan, and James Brown’s band would, if they played a gig in hell, in the year 2050 (in a good way).

Brenner has been called, “The Bootsy Collins of Oakland, California,” where he currently resides. He counts Sly Stone as a key influence “for his innovative R & B” , plus the “pure musical beauty” of ‘Self Portrait in Three Colors’ by Charles Mingus, and William Onyeabor’s heavy Nigerian afro-funk.

On a more electronic tip, Nate’s love for the likes of Rodelius and Kraftwerk bleeds into details on ‘Dirty Glow’, as well as another of his projects, the experimental trio Beep. Beeps’ ‘Labyrinth Snacks’ gained the remix treatment from Nate’s good friend Ross Peacock, from Oakland psychedelic group Mwahaha.

‘Dirty Glow’ is one of the best and most original albums we’ve heard in a long while. 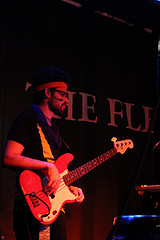