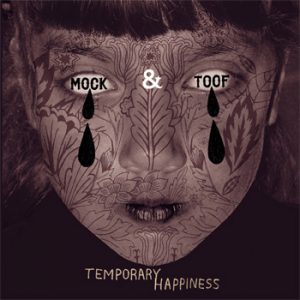 Previous vocal collaborators Pollyester & Gavin Gordon are replaced by young Swiss artist Ghostape who features on half of the 10 tracks, the remainder being instrumentals. Anyone who is familiar with Mock & Toof’s material through their excellent releases on DFA, Mule Music, Rvng Intl & Tiny Sticks will know their sound isn’t easily pigeon-holed & this album continues in the same tradition. ‘Temporary Happiness’, as the title suggests, is darker, deeper & perhaps a little less accessible than its predecessor, but it does have its moments of light.

You can also listen to a preview of album ‘Temporary Happiness’ here:

First single taken from the new album is called ‘My Head’, again featuring Ghostape on vocals. Here’s ‘My Head’ video: