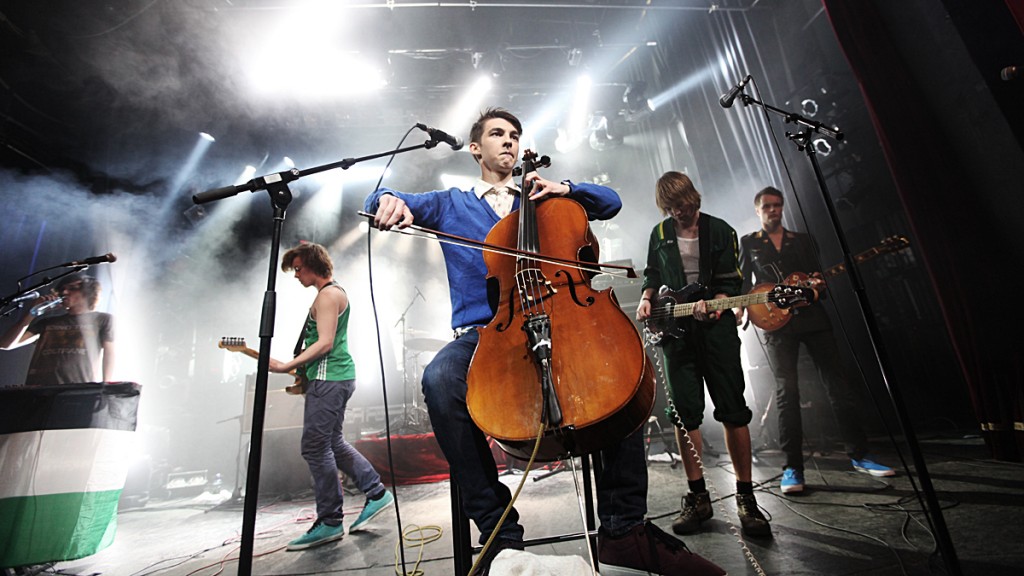 Ahead of their third studio album release next Spring, and all still in their teens, Norwegian noiseniks Honningbarna announce UK & Irish tour dates. After a packed summer of festival appearances, Honningbarna (that’ll be The Honeychildren, translated) will travel to England and Ireland as part of their most extensive tour over here to date.

Following incendiary shows at Iceland Airwaves, by:Larm and Roskilde, as well as picking up a Spellemann Award (the Norwegian equivalent of a Grammy, no mean feat) including a nomination for Best Newcomer, Honningbarna are taking their energetic, uncompromising and driven live presence throughout the UK.

Pelle Gunnerfeldt (The Hives, Refused ++), producer for the upcoming album, says that ‘Honningbarna is a great – maybe the only – rock n’ roll band in a dying genre. The blazing guitars, furious boy choir, it truly is bliss to take in. Loud.’

With Clash calling them the “most exciting band in Norway”, their tour looks to build on their short, but successful, run of UK dates back in April this year.

Honningbarna will be playing the following dates from November 5 to November 23. Dates and venues follow: