CRUSHING BLOWS release video for lead track, ‘The People You Will Never Meet’‏ 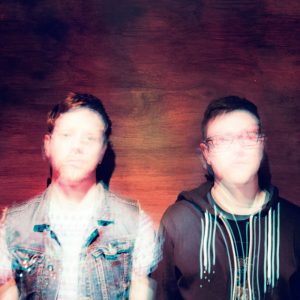 “Kind of punky, kind of electro, a little bit thrash, a little bit pop. Crushing Blows may not be easy to describe but they are definitely worth your time to catch live.” – John Robb, Louder Than War

“Combining jaunty math rock with grungey 80s references and Battles-esque electro noise, they’ve managed to win over a host of radio fans, and it’s not surprising. This EP contains enough variation to keep the busiest of ears occupied.” – Artrocker

The band have just premiered their newest video, as seen on NME first you can watch it here-

The new EP is due for release on 12th November through the band’s own label, Super Heavy Weight Records. It was recorded and mixed by Jim Cork (Crash of Rhinos) and the title track was made ‘Track of the Week’ by Simon Raymonde (Bella Union) on his Amazing Radio show.

1. The People You Will Never Meet
2. I Dream of Becoming A Girl
3. Love is Dangerous
4. No Halcyon