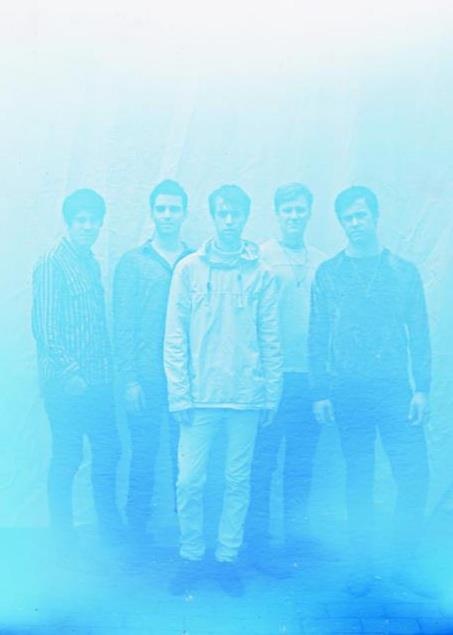 For centuries, men have turned to the stark, desolate environment of the desert to search for meaning, truth and clarity. Truth and clarity can be hard to come by in a world where the charts are a sonic desert of landfill pop and throwaway R’n’B.

New bands are forced to define themselves through their influences. Born Blonde’s debut album ‘What The Desert Taught You’, released on November 26th, would be easy to describe in a list of great bands, but it would only tell a small part of the story.

Growing up in the decades of marketing made music, West London’s Born Blonde have come a long way since their formation in 2009 when Arthur Delaney enlisted Fraser and George as musicians for a solo folk music project. Schoolmates Josh and Tom were next to join. And so the band, although not exactly blonde, was born.

British pop music has been handed a lifeline, albeit from some faraway place that we can’t quite see through the blizzard of buffeting guitars and distant, soaring vocals. Recorded with Simon ‘Barny’ Barnicott (Arctic Monkeys, Kasabian), ‘What The Desert Taught You’ imparts a sublime sense of disorientation; a sense that you don’t want to recover from, but at the same time you want to recover from it so you can get on with the serious business of getting lost again.

To use the word ‘epic’ would be both a cliché, and an understatement. There isn’t a screen silver enough for the shimmering Born Blonde sound. Theirs is a soundscape of spectral beauty and crystaline structures, and one that answers the question of what would happen if the shoegazers had looked up once in a while and remembered what it was like to enjoy yourself.

Born Blonde live are pure emotion, a visual, multi-auditory extravaganza where chemical siblings meet bloody valentines in a ceremony watched over by Oldfield, Shields, Ashcroft and Chadwick. They’re a combination of 60s psychedelia, blues and folk and late 80s/early 90s shoegaze, but all directed through a 21st century prism.

The business of music can be cold and hard and horrible but the music itself is a spiritual experience. It’s a place to retreat to – a place where everything makes sense where sound can be perceived in varying colours. Born Blonde can teach you about hedonism for the senses. ‘What the Desert Can Teach You’ is how you get there.

‘What The Desert Taught You’ will be released on November 26th to download via iTunes and all good digital retailers, as well as CD.

CRUSHING BLOWS release video for lead track, ‘The People You Will Never Meet’‏