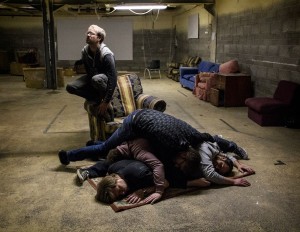 BATS are a group of mammals comprised of various molecules based mainly on carbon. They began their musical quest in 2006, releasing an EP ‘Cruel Sea Scientist’ in 2007 and their debut LP ‘Red In Tooth & Claw’, produced by Converge’s Kurt Ballou, in 2009. Sporting their own brand of science inspired post-hardcore and danceable post-punk, they’ve played support to such big-name acts such as The Locust, These Arms Are Snakes,
Gang Gang Dance, Sebadoh and Chrome Hoof. With the forthcoming release of their sophmore album ‘The Sleep of Reason’ , produced by These Arms Are Snakes’ Chris Common, BATS seek to continue their ongoing quest of
promoting science and reason while combating superstition and pseudoscience with blastable riffage and erudite hookage. This will be the final release on Irish label The Richter Collective.

The Sleep Of Reason 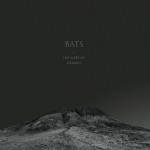 Today, the band unveil their new music video for ‘Wolfwrangler’.

‘Wolfwrangler’ is the first single from BATS’ sophmore album ‘The Sleep of Reason’ released on Richter Collective on October 20th 2012.