Premiered as SINGLE OF THE WEEK on the 405 yesterday,
Feldspar release video for THE REST as free download,
the first track from their debut EP
‘The Flat and Paper Sky Vol I’ 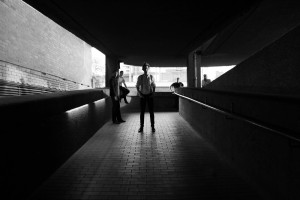 The 405 premiered Feldspar’s debut video for their “gloriously orchestrated” track THE REST, which was also announced as the 405’s ‘Single of the Week’.

The Flat and Paper Sky Vol. I, released on October 1st, is Feldspar’s debut release and will be the first of two EPs from this intriguing new band in 2012.

LISTEN TO THE FLAT AND PAPER SKY VOL 1:

“The Flat and Paper Sky takes its name from a book of poetry by Edith Sitwell called Façade. The themes in Façade – writing and memory; light and darkness; the influence of the past on the preset; the power of lust; the corruption of society – are the same themes we address in this EP. The emergence of artists like Villagers, Arcade Fire, Kill It Kid, and Ellen and the Escapades who are prepared to deal with subjects beyond love and heartache is really exciting.” – Lyricist and frontman Will Green