Feldspar release video for Cressida.
Second track from their debut EP
‘The Flat and Paper Sky Vol I’ 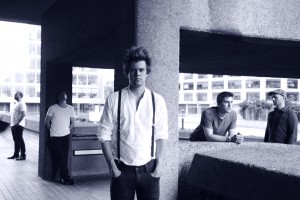 “an astonishing debut from one of the most interesting folk bands in years.. some of the most evocative music ever” Vulture Hound

The Flat and Paper Sky Vol. I, released on October 1st, is Feldspar’s debut release and will be the first of two EPs from this intriguing new band in 2012.

“The Flat and Paper Sky takes its name from a book of poetry by Edith Sitwell called Façade. The themes in Façade – writing and memory; light and darkness; the influence of the past on the preset; the power of lust; the corruption of society – are the same themes we address in this EP. Lyricist and frontman Will Green

Will on Cressida and the video – “Cressida is a re-telling of the ‘Troilus and Cressdia’ story set during the Trojan war, hence the military feel to the track. Previous versions of the story have made Cressida out to be a faithless woman for betraying her ‘one true love’, so this song attempts to see the story from her perspective. She is utterly disillusioned with ‘love’ because of the lust and ambition of men both on a personal and global scale, so for male characters (and authors) to criticize her is pretty rich. The video captures the mood of the song brilliantly as two men fight over a woman, whilst actually completely ignoring her. The end of the video where the female character entirely seizes back power over the scene is particularly vivid.”