A Bob Dylan Tempest
“You say I’m a gambler, you say I’m a pimp
But I ain’t neither one.
Listen to that Duquesne whistle blowing
Sounding like it’s on a final run.”
– From ‘Duquesne Whistle’ 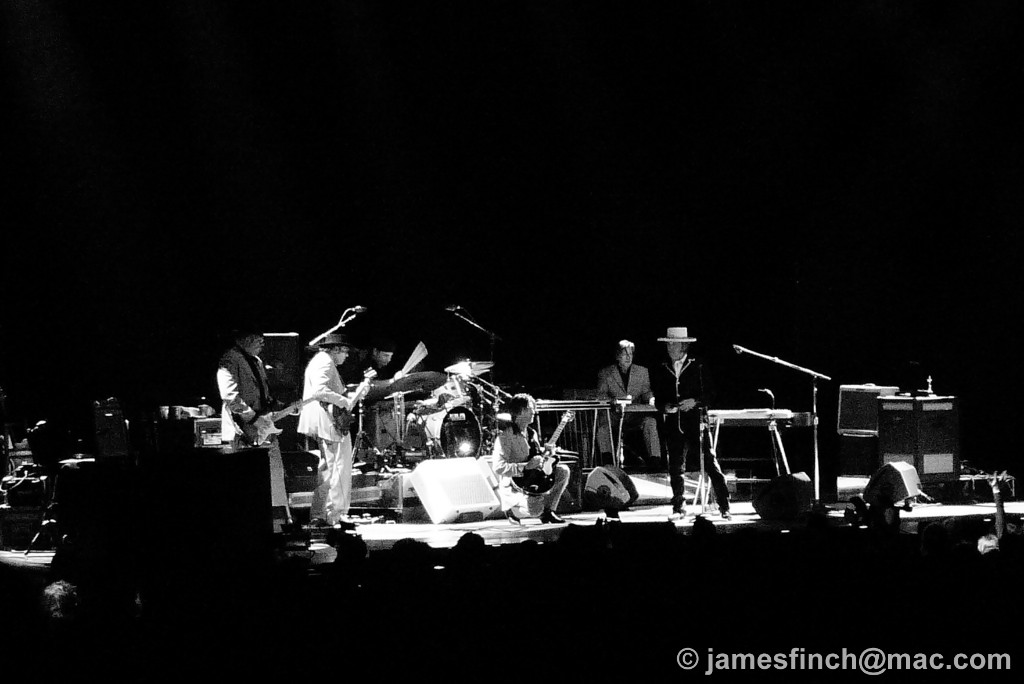 When news first emerged about Bob Dylan’s new album, I thought it was called ‘The Tempest’ (the title of Shakespeare’s final play) and I feared there would be some significance to that. Happily, I was wrong. As Dylan told Rolling Stone:

Produced by Bob Dylan, using the alias Jack Frost, ‘Tempest’ was recorded in Jackson Browne’s studio with Dylan’s touring band – bassist Tony Garnier, drummer George G. Receli, steel guitarist Donnie Herron, and guitarists Charlie Sexton and Stu Kimball – as well as the great David Hidalgo on guitar, violin, accordion and tres.
Hidalgo has played with him before, on 2009’s ‘Together Through Life’ and the truly bizarre ‘Christmas In The Heart’:
“It was a great experience. Each one has been different, all completely different approaches. It’s an amazing thing, how he keeps creativity. I don’t see how he does it,” he said.

Bob Dylan songs have formed a major part of my life’s soundtrack and I still get excited when he releases a new album. In this, I am not so unique – he has a devoted fan base from every walk of life, from every country in the world. 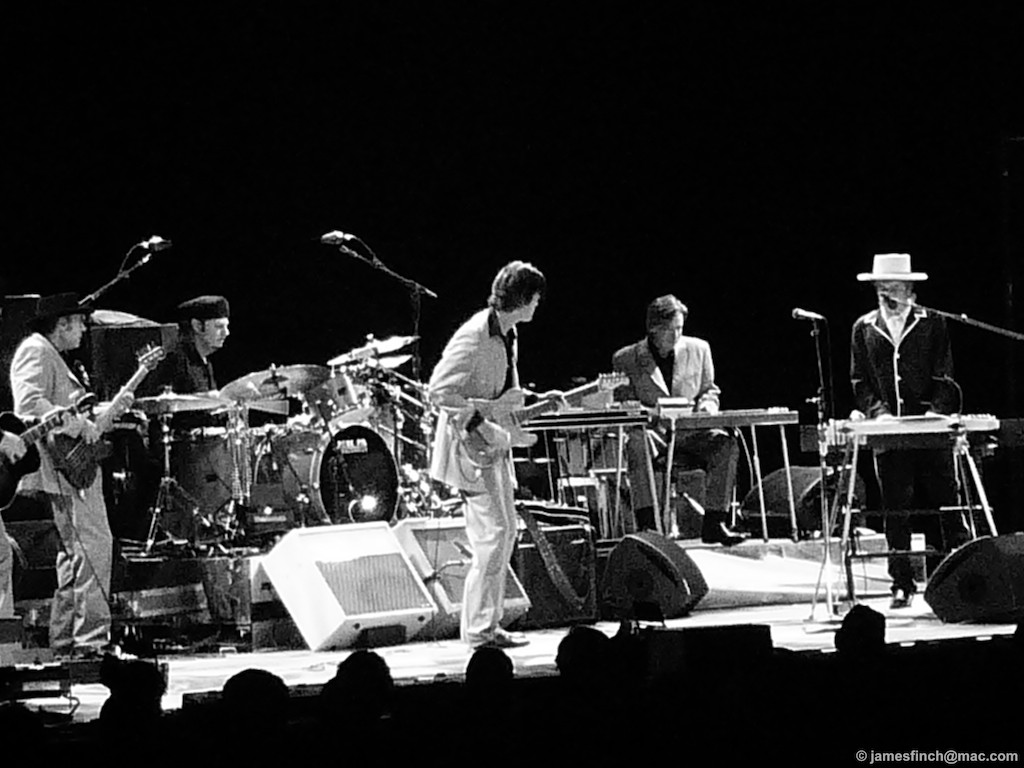 So, what of this, his 35th studio album?

Well, firstly, it sounds great. Rich, sinewy, immediate and alive. It sounds as though they recorded it together, at the same time, in the same room and straight onto analogue tape. Sadly, I don’t have the contacts to verify this. It sounds warm and valve-driven. I am sure that, like ‘Time Out Of Mind’ and ‘Love & Theft’, this is going to sound amazing on vinyl.

The band are tight but not rigid – there is a freedom in their playing and it sounds like they had a lot of fun. There are laughs a-plenty on this album – musically, lyrically and vocally. Some of Dylan’s phrasing is hilarious and witty one-liners are everywhere, with some nifty insults thrown around – “a gutless ape with a worthless mind”.
It’s not all wit and folly though. There is anger and defiance too – “I’m not afraid of the fury/I’ve faced stronger walls than yours” and on the final song, ‘Roll On John’, there is sadness and tenderness as he sings a tribute to his friend and rival, John Lennon. It is a really moving song, and I am surprised by Dylan’s candour, the grief and anger clearly present in his cracked, battered delivery.

Some people really don’t like Bob Dylan’s voice and this album is not going to change their minds. Personally, I love his voice and what he does with it. On ‘Soon After Midnight’, he is a ghostly crooner, his voice crackling like an old Bakelite radio, low in tone, rumbling. On ‘Narrow Way’ and ‘Early Roman Kings’, he fronts the dirty Detroit electric city blues with a jagged, Muddy Waters rasp.

‘Long And Wasted Years’ is a languorous, spoken story and his vocal style reminds me of ‘Brownsville Girl’ (from 1985’s ‘Empire Burlesque’), but with way better music.

‘Scarlett Town’ is a sinister place where Nick Cave might wander around with murder in mind. Dylan narrates darkly over strings and banjo, piano and some spiky guitar fills. ‘Tin Angel’ is a seedy tale of love, lust, death and deceit and has some sublime phrasing. To put so much relish into the delivery, Bob Dylan must have really enjoyed singing this.
The title track is an Irish-country-folk epic. Apparently, he was listening to The Carter Family’s song ‘The Titanic’ and was hit with inspiration. As he told Rolling Stone:
“I was just fooling with that one night,” he says. “I liked that melody – I liked it a lot. ‘Maybe I’m gonna appropriate this melody.’ But where would I go with it?”

He went the whole way with it – it is 14 minutes long! Scholars seeking factual inaccuracies will be rubbing their hands with glee. Like his song about mobster Joey Gallo (from 1975’s ‘Desire’), it bears little resemblance to reality. It’s a yarn, a story – it’s not a novel, so who cares? Most of his best records have had epic songs on them – ‘A Hard Rain’s A-Gonna Fall’, ‘Motorpsycho Nitemare’, ‘It’s Alright Ma (I’m Only Bleeding)’, ‘Desolation Row’, ‘Sad Eyed Lady Of The Lowlands’, ‘Lily, Rosemary & The Jack Of Hearts’, ‘Joey’, ‘Highlands’ and now ‘Tempest’.

Bob Dylan has been recording for 50 years and he is 71 years old. Like a lot of the old ‘blues’ guys he admires, he carries himself (and his music) with grace and dignity and is producing some extraordinary work late on in his career. ‘Tempest’ is a great record, (my favourite since ‘Time Out Of Mind’) and is filled with highlights.

Dylan was playing ‘gospel’ music the first time I saw him perform live. I was over-whelmed by the passion, power and beauty of the music. He seemed to be completely ‘in the moment’ and connected to a higher power. I had been to plenty of gigs, but nothing like this. My seat was only 3 rows from the stage, so I could see his face, his eyes and hear his boot-heel pounding the stage. For me, at 18, it was an unforgettable show.
I saw him at this years Hop Farm Festival and he seemed happy, messing with the phrasing, timing and structures of his songs, hamming it up like an old Music Hall MC. These are his songs and he does them his way and that appeals to me.

“I ain’t dead yet” he sings, “my bell still rings”. I hope it rings for a long time yet, and that it sounds as good as this.

‘Tempest’ is released on September 10th on Columbia Records.

PHOTOS © James Finch. Used with Permission. All rights reserved. Please contact the owner for use.