THE HIVES PREMIERE MUSIC VIDEO FOR

RETURN TO U.S. FOR WEST COAST TOUR NEXT MONTH,

WITH STOPS AT CONAN + THE TONIGHT SHOW WITH JAY LENO 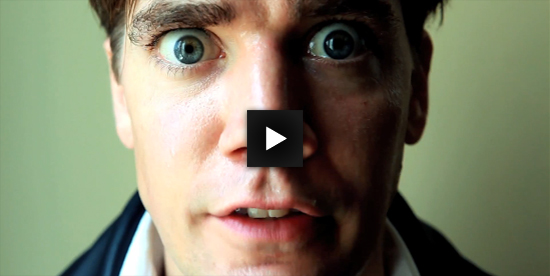 The Hives are ready for their close up with the release of their new video for “Wait A Minute,” which recently premiered on MTV. MTV’s own Buzzworthy Blog remarked “with squirmy close-ups on Howlin’ Pelle Almqvist’s cartoon eyes and mesmerizing jaw, ‘Wait A Minute’ is anything but zen; it’s a taught, nervy, post-punk track that stays true to the Swedish group’s garage origins.”

Directed by Travis Schneider, the video was filmed in a Chicago hotel room using only some leather, an iron, a floor lamp, frozen yogurt, and the sweltering Chicago sun. “Wait A Minute” is the second single from The Hives lauded new album Lex Hives, which was released earlier this summer on the band’s own Disques Hives.

The Hives will return to the U.S. next month for a West Coast run, kicking off September 2 at the Made In America festival in Philadelphia with stops in Seattle, Portland, Los Angeles, Oakland, Las Vegas, and more. The tour will include appearances on CONAN on September 12 and The Tonight Show with Jay Leno on October 5.

The September dates are the latest on the band’s world tour, which included a stop this past weekend at Reading & Leeds Festival, and marks their second outing in the U.S. following a widely-praised run in June. The Philadelphia Inquirer proclaimed “The Hives have been single-handedly saving rock and roll,” and the Washington Times stated, “The Hives played the audience like a fiddle.” Similarly, MTV praised their “Superhuman capacity for consistent excellency,” and SPIN anointed Howlin’ Pelle Almqvist “one of the greatest frontmen in rock.”

The band’s newest album Lex Hives is receiving worldwide praise, with NME declaring “Let it be said that Lex Hives is amazing,” and Q Magazine’s 4-star review asserting “Lex Hives fizzes with the energy of a debut album, the quintet emphatically back to what they do best.” Likewise, The Independent states, “If Lex Hives has one fault, it’s that it makes you want to switch it off, go straight out and see the Hives live,” and Entertainment Weekly proclaims “The Hives have returned to remind us the Swedes do it better.”